Will Rock Concerts Ever Be The Same Again? 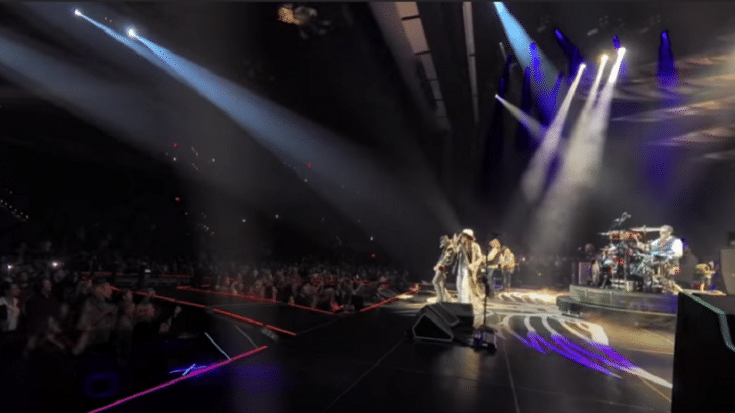 With the entire world at a near-complete standstill, people can’t help but wonder if we can ever go back to what it was before the pandemic or if we have to start orienting ourselves to the “new normal.” For the concert and touring industry which already lost billions of dollars, it might still feel the impact of the coronavirus outbreak months or years after it subsides.

Live Nation CEO Joe Berchtold told CNBC, “We’re highly confident that concerts will be, 2021, 2022 will be bigger than ever. The artists want to perform. The fans want to attend the shows. We’re very comfortable, very confident that as we get through this, we’ll be able to get back to the normal of being able to go to the shows thanks to the vaccine and the treatment.”

But recent surveys suggest otherwise. In a report by Variety, around 44% of 1000 consumers surveyed admitted that they would likely attend fewer major public events even after this current crisis is all over. Some tours have been moved to July or later this year. Others tried to play it safe and rescheduled to 2021. Most of the original tickets will be honored at the new dates but the real question is, will the number of attendance be the same? Or even close enough?

Certain parameters still need to be set before lifting any restrictions regarding travel and public events. Even after everything’s cleared, there will always be that lingering anxiety. According to former Federal Reserve chairman Janet Yellen, “It seems unlikely that we’ll move instantly back to business as usual. We’ll probably be avoiding large crowds for a while… Only when people feel safer – and the government relaxes guidance – will restaurants, movie theaters, concerts and sporting events resume.”

Vice Provost for Global Initiatives and chair of the Department of Medical Ethics and Health Policy at the University of Pennsylvania Ezekiel J. Emanuel told The New York Times, “Larger gatherings — conferences, concerts, sporting events — when people say they’re going to reschedule this conference or graduation event for October 2020, I have no idea how they think that’s a plausible possibility.”

He added, “I think those things will be the last to return. Realistically, we’re talking fall 2021, at the earliest.”

The Future Of Touring

While concerts are in an indefinite pause, it also gave rise to a new way of connecting with fans – at-home performances streamed on the internet. Admittedly, it doesn’t offer the same kind of experience as being there in person and witnessing the magic firsthand but with what’s going on right now, it does suffice in a way.

Professor and interim chairperson of University of Massachusetts Lowell’s music department Gena Greher told CNBC, “If there is a way for artists to monetize [online performances], I’m sure we will see that happening. Any opportunity to reach a larger audience is something I’m sure any artist might consider.”

Touring will no doubt make a comeback but as to when, no one can be sure especially if social distancing becomes a part of lives for the next few years.