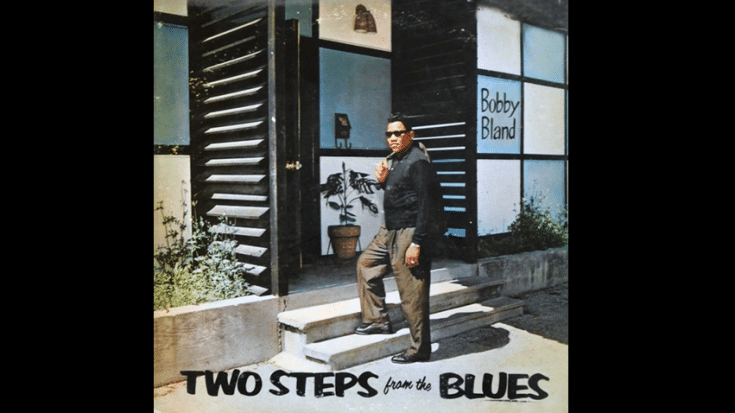 Bobby Bland released his album “Two Steps from the Blues” on January 1, 1961. At that point, Bland was far from being an unknown artist. On the contrary, he was already well-established after he produced a series of successful singles and albums. Backed by a talented blues band, it’s a monolithic record in modern blues.

Bland’s immaculate vocal performances put him a step above every other blues singer at the time. His songs were complex and brilliant. Each number was captivating at first listen – a seamless combination of technique and musical genius. It was revolutionary and groundbreaking with so much emotion packed in every track even though each number clocked in at less than three minutes. He blurred the lines between genres, flawlessly at that.

Bland’s influences can be heard on this LP. And with songs spanning from urban blues to soul to gospel music, it boasted of variety and versatility. Blues itself was never simple and this record showed that indeed, the possibilities are endless. Bobby Bland was undoubtedly ahead of his time.

Highlights: Lead Me On, I Pity the Fool, and Little Boy Blue.

Hauntingly beautiful, it hits you right in the feels.

I Pity the Fool

In less than three minutes, Bland tackles a wide range of emotions. His vocal performance is flawless.

That howl towards the end will send chills down your spine.