Relive The Music Of The 5 New Rock Artists Of 1973 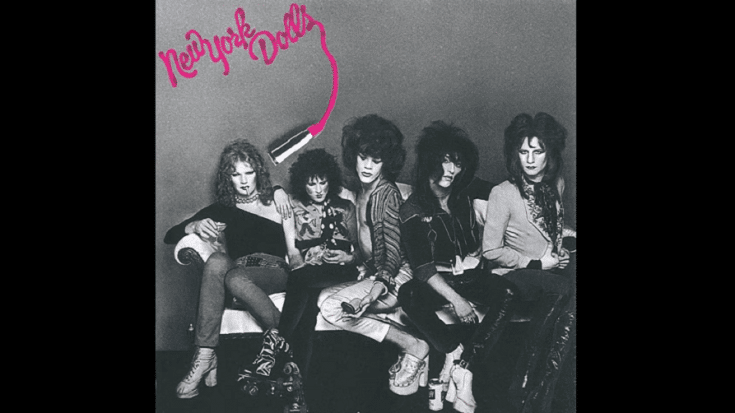 They Made A Mark in Rock

1973 is mostly remembered for various historical events in rock ‘n roll. First off, Led Zeppelin broke the record previously held by The Beatles when they played in front of 56,800 fans at Tampa Stadium, Florida. Second, just like the Woodstock Festival in 1969, the Summer Jam at Watkins Glen also made history when around 600,000 fans came to the event which gave them entry for “Largest audience at a pop festival” in the Guinness Book of World Records. Finally, the late-night musical variety series The Midnight Special was launched as a regular series on February that year.

The genre was no longer an underdog because rock acts easily filled stadiums and arenas, and rock dominated the airwaves too. More than that, several artists launched their career in 1973. Here are five of them:

One of the progenitors of early punk rock, the New York Dolls formed in 1971 but their original lineup didn’t last long. They dropped their self-titled debut album on July 27, 1973 but at this point, they already had a local fanbase following years of playing in lower Manhattan. Their first two studio efforts became cult classics in rock. And since they wore androgynous outfits on stage including spandex, dresses, high heels, and lots of makeup, they also predated the glam metal movement. They influenced several groups like Guns N’ Roses, The Smiths, Sex Pistols, KISS, and The Ramones.

In the world of Southern rock, the Marshall Tucker Band was deemed as a titan in the genre. Even though they didn’t achieve the same massive success as some of their musical peers, their influenced reached far and wide. They introduced themselves to the world with the release of their self-titled debut album on April 1973. Combining country, rock, and jazz, they had a string of hits in the ’70s and even dipped their toes into blues territory.

The Bad Boys from Boston have managed to come out of the ’70s as one of the biggest acts of the decade, then they resurrected their career in the ’80s, and over four decades later, remain relevant and still bringing in big crowds to their shows. They released their eponymous debut album on January 5, 1973 and it featured the classic hits “Dream On” and “Mama Kin”. They followed it up with a series of successful singles and albums. But throughout their career, they had their share of the occasional lows – from substance abuse to internal conflicts. Nonetheless, they rose above it all.

They released their first two albums in 1973 and their sophomore studio effort was a hit in the US and their native Canada. Their music started off as blues and rock but they eventually relented to adding pop hooks which paid off nicely for them as they enjoyed several top 40 hits. Randy Bachman left the band in 1977 but their classic tracks still hold up well.

Before he was catapulted to international stardom and became one of the best-selling artists of all time, Bruce Springsteen got his start with his debut album “Greetings from Asbury Park, N.J.” released on January 5, 1973. It wasn’t a huge hit but it became an important record in his arsenal. It would be a couple of albums later when he would finally achieve legendary status.