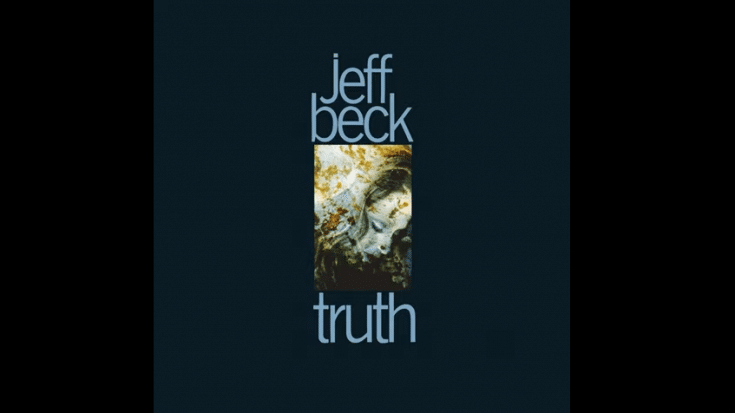 After leaving The Yardbirds, Jeff Beck introduced his backing unit The Jeff Beck Group with their debut album “Truth” released on August 1968. Beck is joined by vocalist Rod Stewart and rhythm guitarist Ronnie Wood. This band served as Stewart’s launch pad before he found greater success as a solo artist.

Recorded in more than four days, it featured three originals and six covers.

“Truth” became a seminal record, predating heavy metal. Beck broke new sonic grounds with the LP and it’s still widely considered as one of the most influential albums from the ’60s. It’s fiery, blistering, and bold. What it lacks in originality, it makes up for in excellent musicianship. It isn’t a straightforward hard rock record since Beck also touches on folk and progressive territories.

“Truth” is cohesive and consistent. Plus, it exudes brilliance and creativity. It showcases Beck’s superb guitar playing but both Stewart and Wood also brings their A-game which adds more firepower to the songs. Together, they created a template for the heavy metal/hard rock sound which dominated much of the 1970s. Unfortunately, it’s criminally underrated even though it has influenced countless other rock acts.

“Truth” surprises the listener one track at a time. It’s an impressive studio effort especially considering it’s their debut album. Jeff Beck would continue to release music that would validate his guitar god status but even so, no other work can rival this LP.

A stunning and haunting instrumental that highlights Beck’s splendid axeslinging skills. The raw energy is unbelievable.

The longest song on “Truth” clocking in at over 7 minutes, Stewart’s immaculate vocals added more flavor to it and gave it an extra oomph.

Originally recorded by Howlin’ Wolf, The Jeff Beck Group reworked it in such a way that it became their own. Thanks to Beck’s wah-wah tone, they turned it into a wild, frenetic number.