Watch This Man Do Spot On Impressions Of Some Of The Best Classic Rock Guitarists! 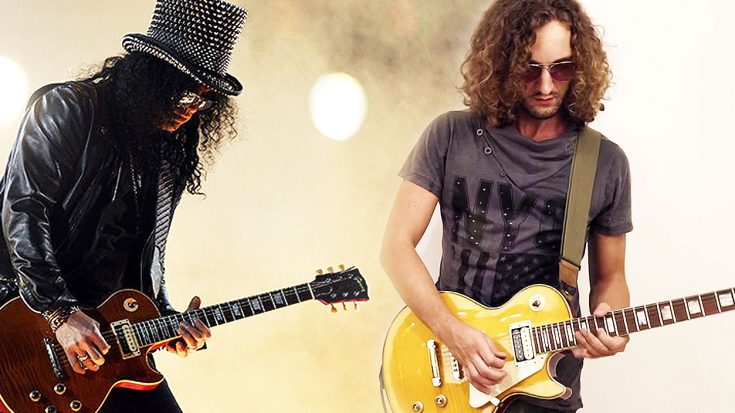 Every guitarist has their own flare and style. Each guitarist is almost identifiable just by the way they hold the guitar, strum, or move while they play. We’ve found an epic video of a man named Andre Antunes impersonating the style of 20 different guitarists, to the tune of some of Michael Jackson’s greatest hits! Not only does Antunes nail every guitarist’s movements down, but he also does a fantastic job emulating what it would be like if these artists played these Michael Jackson songs!

Some of the guitarists featured in the video are David Gilmour, Carlos Santana, Eddie Van Halen, Dave Murray, Slash, Brian May and more!

Some great examples are when Antunes impersonates Slash, he has aviators on, is playing a sunburst Les Paul and overdubs the riff from “Sweet Child Of Mine” to the beat of Jackson’s “Smooth Criminal!”

Check out Andre’s perfect impressions down below, and let us know which ones are your favorite! Watch to the end too, because his last impression is of Jimi Hendrix, and he ends the video paying tribute to the only way Jimi would end a performance!