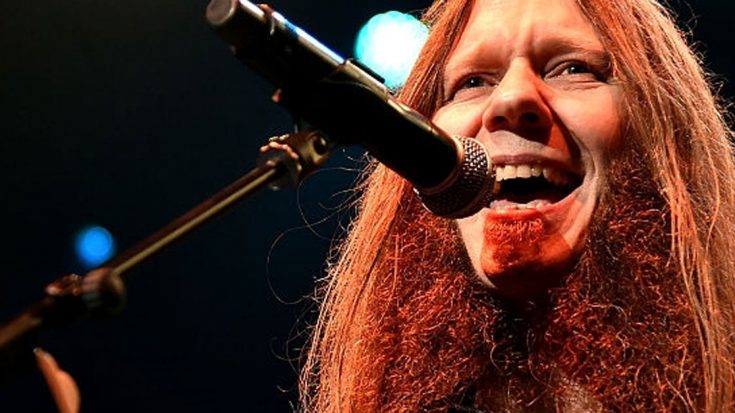 A night full of good times, good memories and even greater music, Lynyrd Skynyrd’s all-star bash One More For The Fans was a spirited celebration of the Jacksonville rockers and all that they’ve accomplished and contributed to the music world, with everyone from Gregg Allman to Peter Frampton taking to the stage to share a song and a memory of their favorite band.

The hottest night in Southern rock got even hotter when Georgia rockers Blackberry Smoke were tapped to perform at Atlanta’s Fox Theatre that night, bringing with them a fiery rendition of Lynyrd Skynyrd’s “Workin’ For MCA” that absolutely blew the doors off of the Fox with its power and energy. One of the very few bands able to crack the complicated code that is Lynyrd Skynyrd’s unique rhythm section, Blackberry Smoke commanded the stage with an ease and grace that truly made for one of the most explosive moments of the evening.

Fun Fact: Featured on Second Helping, “Workin’ For MCA” is based on the story of how Lynyrd Skynyrd came to be signed with MCA Records.

Singer Charlie Starr was a force of nature, pulling double duty on guitar and lead vocals as he spun the tale of Lynyrd Skynyrd’s first tussle with a major record label while trading licks with Blackberry Smoke axeman Paul Jackson and y’all, if that solo at the tail end of “Workin’ For MCA” doesn’t get you out of your seat, I don’t know what will! Check it out in the video below and relive the magic of one of Southern rock’s greatest nights ever!