Paul McCartney Does An Impression Of Elvis’ Singing, And It’s Spot On! 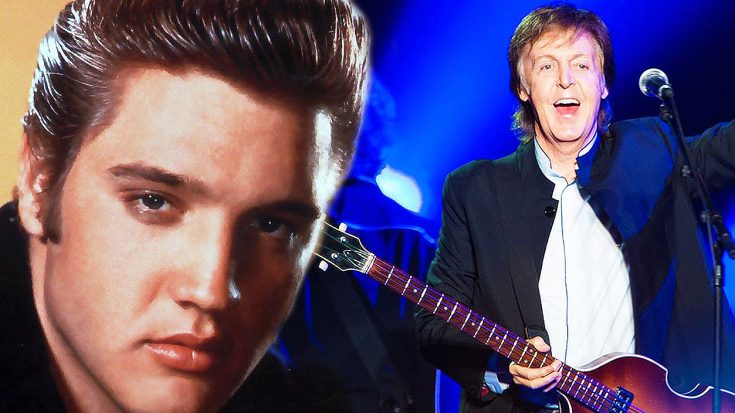 This is so perfect

It’s always funny to see a legend do an impression of another legend. We’ve found a video of Sir Paul McCartney himself doing the perfect impression of “The King,” better known as Mr. Elvis Presley! While backstage in Memphis during his Out There tour, McCartney struck a conversation about seeing Elvis’ movie Love Me Tender for the first time. He talked about how the movie started, and how the crowd went wild the first time Elvis popped up onto the screen. He then detailed how Elvis began to play the song “We’re Gonna Move,” and it was then that McCartney channeled his own impression of Elvis and began imitating the King himself!

Fun Fact: Love Me Tender was Elvis’ acting debut! Because of this it was the only time in his acting career that he did not receive top billing!

McCartney’s impression is absolutley spot on, and if he threw on a wig, a white suit, some platform shoes and some aviator glasses, he could probably pass as a great Elvis impersonator! We’re hoping that the success of this video will spark an idea within McCartney to do a legit cover of this song live or in the studio!

Check out the awesome moment for yourself down below!