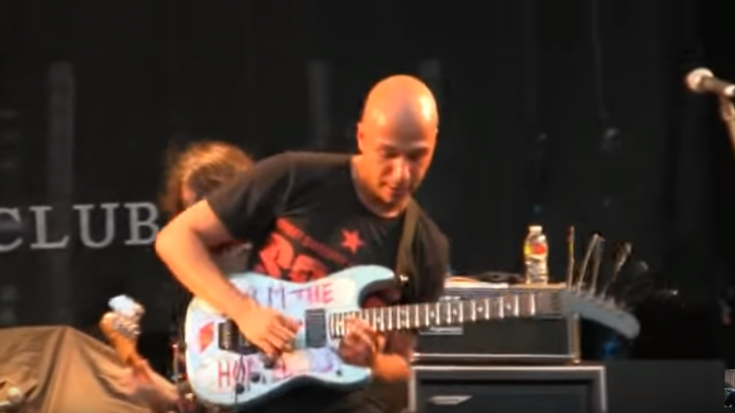 Okay, That Was Insane!

We’ve seen a lot of guitar showmanship which eventually became trademarks for some of the most popular musicians in the history of rock ‘n roll. Though Jimi Hendrix was not the first to use such gimmicks for his sets, he sure made them more famous — from playing with his guitar behind his back to shredding with his teeth. Buddy Guy would toss his guitar in the air and catch it at the right time. Chuck Berry employed the ‘duckwalk’ during his live shows and Yngwie Malmsteen pioneered the hula hoop stunt.

When you’re on stage, anything can happen. And guitarist Tom Morello, though widely known for his unique and creative style in playing, proves he can do more than just rip through his guitar. He was in the zone, man. That solo keeps running through my head and of course, if that’s not enough, he played it using his teeth. Yep, I can almost see Jimi Hendrix groove in the background.