California Rockers Train Salute Led Zeppelin With “The Lemon Song” – Did They Do It Justice? 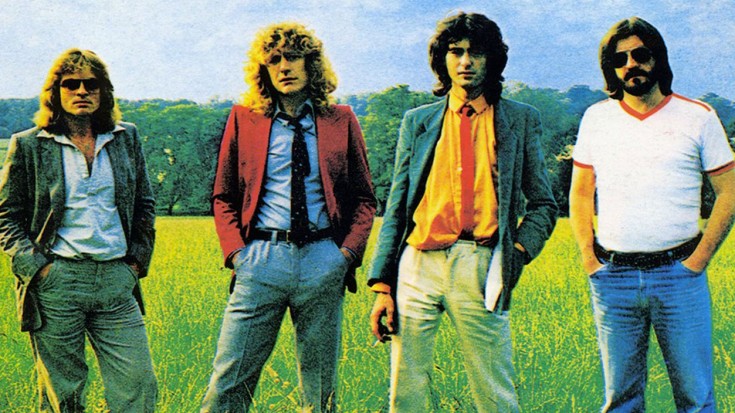 As far as band covers go, Led Zeppelin tops the list in terms of how incredibly difficult it can be to try and recreate their sound. The combination of Robert Plant, Jimmy Page, John Paul Jones and John Bonham made for the perfect storm of musicians, all perfectly and equally matched in both talent and creativity – so naturally, covering them isn’t a task for the faint of heart.

Fun Fact: Jimi Hendrix reportedly wasn’t a huge fan of Led Zeppelin as a whole – but he adored drummer John Bonham, even trying to steal him for his own band.

Until now, that is.

California rockers Train not only attempted a cover of “The Lemon Song,” but they recorded an entire album of Led Zeppelin II covers for charity entitled Train Does Led Zeppelin II. Though I’m admittedly a longtime LedHead, I have to admit…Train’s take on “The Lemon Song” is pretty outstanding. Singer Pat Monahan gets to let his vocal range run free, exploring his decades long admiration for Robert Plant while bandmates Jimmy Stafford, Jerry Becker, Hector Maldonado, and Drew Shoals do an absolutely amazing job of capturing the essence of this Led Zeppelin classic.

Typically known for radio friendly hits, this is a side of Train we’ve never seen before – and we like it. Check out their take on “The Lemon Song” in the audio below, and let us know what you think!