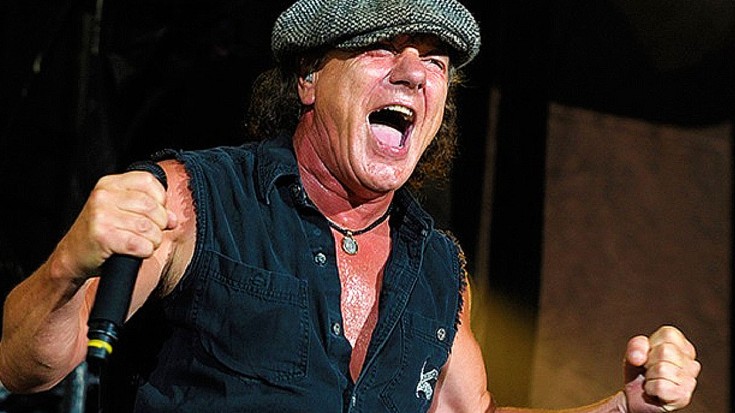 AC/DC fans, rejoice – well, kinda. Brian Johnson may not be able to rock the stages again just quite yet, but he’s kept to his promise to keep recording music and as with everything he does, it absolutely rocks. Brian’s joined comedian and friend Jim Breuer and his band The Loud & Rowdy for his very first vocal appearance since leaving AC/DC earlier this year in a brand new, hard rockin’ song called “Mr. Rock n Roll”.

Written by Breuer and featured on his upcoming album Songs From The Garage, “Mr. Rock n Roll” celebrates the spirit of all things rock and roll and features Brian trading vocal licks back and forth with Breuer, proving that though he may be going through the fight of his professional life, that rock and roll streak in him isn’t going anywhere any time soon!

“Don’t ever underestimate someone’s ability to live for the moment,” Breuer tells Rolling Stone. “At the end of the day everyone has a ‘Mr. Rock n Roll’ in them.”

We won’t lie; Brian sounds absolutely amazing and more importantly, like he’s truly having a great time and making the most of an unfortunate situation. We don’t know what the future holds for him insofar as a possible reunion with AC/DC, but hearing his voice again in all its rock and roll glory gives us hope that one day we’ll see him back where he belongs: on the stage.

Check out this rock and roll anthem in the audio below – you won’t be disappointed!