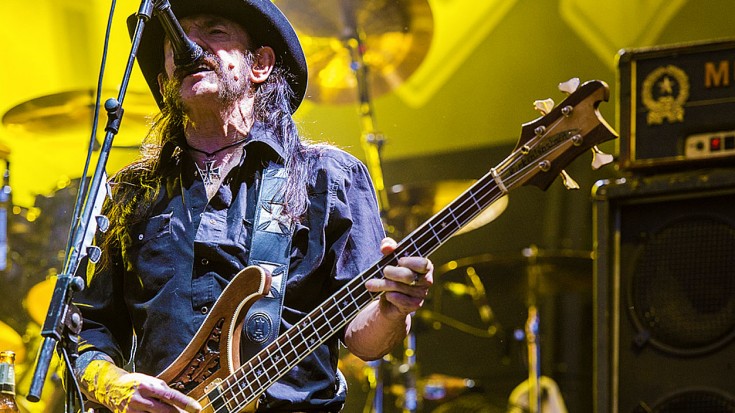 Features Footage Of One Of Kilmister’s Final Shows

3 years after the passing of Lemmy Kilmister, we’re still finding new ways to be surprised by the late Motörhead frontman.

Kilmister, who died 28 December 2015 after a brief battle with an aggressive form of cancer, is seen in newly surfaced footage of Motörhead’s July 2015 performance at Spain’s ResurrectionFest performing Motörhead classics “Ace Of Spades” and “Overkill”. The feverish crowd before him had no way of knowing that this would be their final time seeing Motörhead play in their country before his passing 5 months later.

While Motörhead did play other shows prior to Lemmy’s death, what makes this performance at ResurrectionFest so special is the fact that according to the festival’s founders, this footage was never actually meant to be seen; technical issues with the video’s audio almost rendered it unusable until fans begged them to release some of the last known footage of their hero, and their wishes were finally granted just a few short days ago. If you’re missing Lemmy as much as we are, never fear: we’ve got some of the footage below, so check it out and watch to your heart’s content!