“Is It Even AC/DC Anymore?”: Phil Rudd Reveals The Sad Reason Why He’s Not Rushing To Rejoin AC/DC 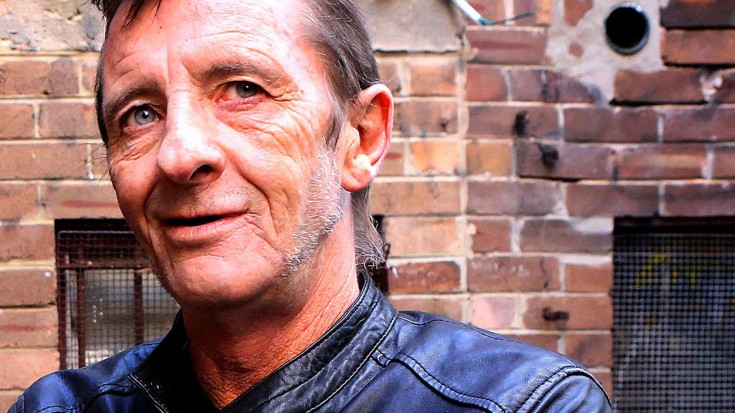 “Can You Even Call Them AC/DC Anymore?”

Former AC/DC drummer Phil Rudd’s had a pretty rough few years. In 2014, he was arrested and charged with attempting to procure a murder, threatening to kill, possession of methamphetamine and possession of cannabis after his New Zealand home was raided and due to the subsequent legal problems surrounding him, Phil wasn’t able to join AC/DC on their current Rock Or Bust Tour, prompting the band to bring in drummer Chris Slade to fill in.

Now, with singer Brian Johnson departing from the band due to hearing issues and Guns N’ Roses singer Axl Rose filling in for him, Rudd is facing a very real identity crisis. While he’s not officially ruling out a possible bid to rejoin AC/DC as their drummer once his legal woes wrap up, there are three key things that have changed and with them, the way he views his former band:

“I am not saying I never hope of ever playing with AC/DC again but, then again, is it even AC/DC any more?” says Rudd. “No Bon’s beautiful voice. No Malcolm. No Brian.”

AC/DC seems to be doing great on the road, with Axl Rose taking to their music like a duck takes to water, but longtime AC/DC fans can surely empathize with Phil Rudd’s concerns. It’s still too early to tell what the fate of the band will be once Rock Or Bust finally wraps, but given that it’s still a few months away yet and Brian Johnson is frantically searching for a solution to his hearing problem, there’s a chance that the tide could turn and at least one of the key pieces of Rudd’s AC/DC puzzle could come back, giving Phil and fans some much needed closure.