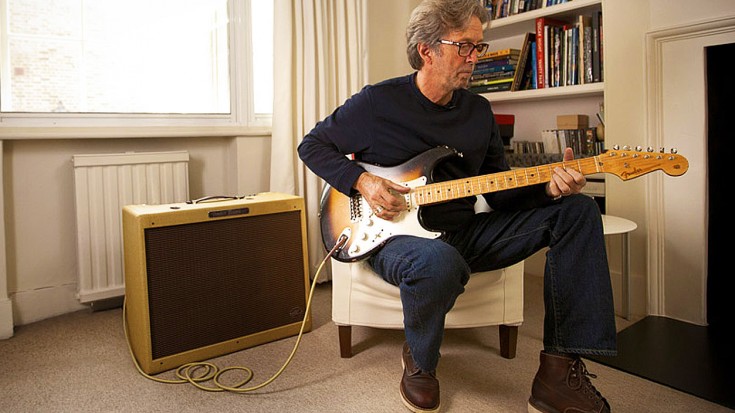 Clapton Debuts Latest Track Off Of Upcoming I Still Do

Just days away from the release of Eric Clapton’s 23rd studio album, one thing is clear: I Still Do is an amalgam of 5 decades’ worth of influences and experiences, and with tracks like the JJ Cale-inspired “Can’t Let You Do It” and the bluesy look back on his life “Spiral,” this may just be one of Clapton’s best albums and by far our favorite. Yesterday, Clapton released “Catch The Blues” as part of the countdown to the release of I Still Do, slated to hit shelves on Friday, May 20th and it’s our new favorite song – we can’t get enough of it!

Fun Fact: I Still Do sees Clapton reuniting with 70s producer Glyn Johns, who helmed some of Clapton’s most enduring classics.

With an easy, breezy Latin inspired feel, “Catch The Blues” is warm and friendly and with its rich, soulful sound reminds us a bit of what we think a Clapton/Santana collaboration might sound like and shows off Clapton’s gift for both crafting lyrics that tell a story and shaping a melody to cradle it. Though “Catch The Blues” warns you that you might, in fact, catch the blues, who cares – this song makes us feel amazing, and we’re sure that it’ll become one of your new favorites too!