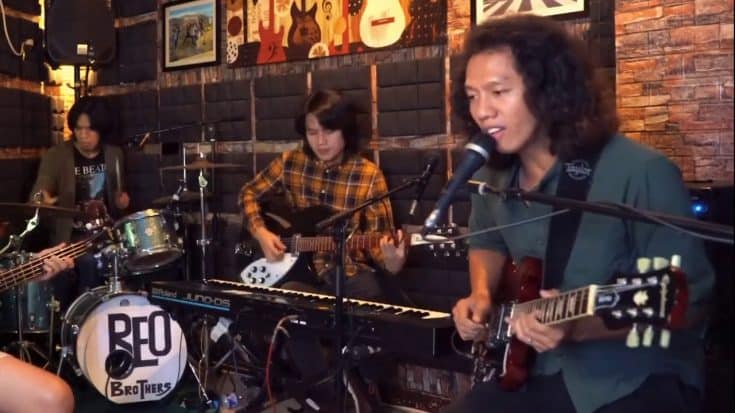 Now we’ve seen dozens of “Sultans of Swing” covers. Some musicians added their own flavor while others stayed faithful to the original version. But when we came across this rendition by the REO Brothers, we were mesmerized. We won’t spoil it for you, so you’re gonna have to watch it below.

“Sultans of Swing” was written by Dire Straits frontman Mark Knopfler. The band recorded the demo at Pathway Studios, North London in July 1977. It was then put on constant rotation on BBC Radio London, and it eventually acquired a following. It became so popular that Dire Straits landed a recording deal with Phonogram Records.

“I suppose you could say that Sultans Of Swing was the one song that started it all off,” bassist John Illsley said. “It had a huge impact. These are the catalysts that move you onward through life. People have said we were lucky, but I say: ‘Well, what does luck mean?’”

“The fact of the matter is that it was a bloody good song, the band was pretty damn good and we worked bloody hard,” he continued. “And the only way you’re going to get anywhere is by being committed. So if something like that happens to you, it’s fantastic. Boy, was it exciting!”