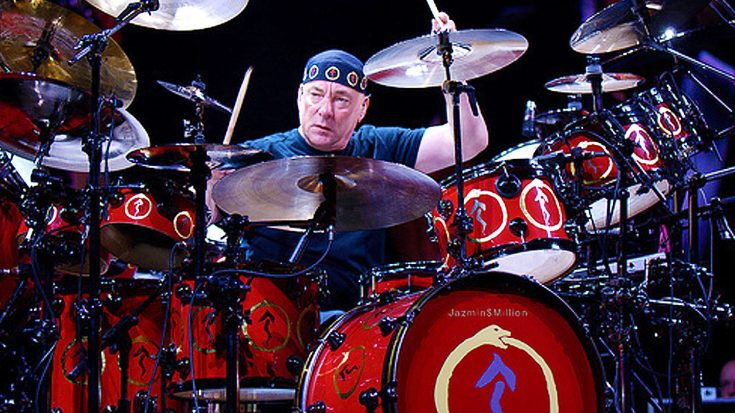 Neil Peart was in a league of his own. He inspired the next generation of drummers, and his impact and influence on his peers cannot be stated enough. To celebrate the life and legacy of the late legend, Modern Drummer Magazine will offer the Spirit of Drumming Scholarship in Peart’s name.

It was first announced at the 2020 Modern Drummer Festival by Carrie Nuttall-Peart. The recipient will receive 52 weeks of free drum lessons from world-class drum instructor Dom Famularo, plus a one-year subscription to Modern Drummer All Access and a selection of classic Rush album releases from Universal Music Enterprises.

“Potential recipients of the scholarship must be qualified entrants to participate,” Modern Drummer wrote in a statement. “A “qualified entrant” is defined as someone who is between the ages of 14 and 21, is not a professional musician, and is not a party to any sponsorship or entertainment contract that, in Modern Drummer’s judgment, conflicts with the spirit of the scholarship.”

Applicants need a two-minute video of their playing and a short essay on why the said scholarship would be significant to their life and their drumming, and of course the impact on their musicianship of Peart’s playing and legacy.

The deadline for submissions is on November 26.

Neil Peart passed away on January 7, 2020 following a lengthy battle with an aggressive form of cancer.