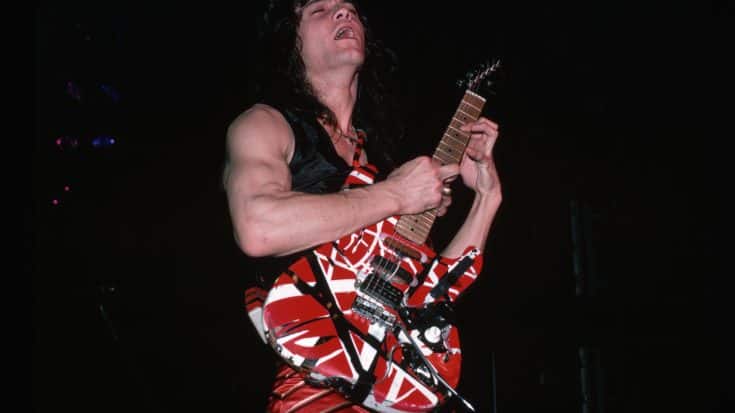 Watch The Ceremony Below

A year following Eddie Van Halen’s death, his life and legacy was celebrated in his hometown with a plaque dedication outside the Pasadena Civic Auditorium – the venue where EVH frequently performed. The ceremony featured a speech from Pasadena Mayor Victor Gordo, and Vice Mayor Andy Wilson, council members Tyrone Hampton, Gene Masuda and Felicia Williams were also present. Wilson wore an EVH shirt and posed in front of the shrine while making a sign of the horns.

The funds were raised by Randa Schmalfeld and Julie Kimura via GoFundMe.

“The Van Halen family emigrated from the Netherlands to Pasadena in 1962. Alex and Eddie Van Halen attended schools in Pasadena and began playing music together with Eddie on guitar and Alex on drums,” the inscription on the plaque read. “Years later, the brothers formed the band Van Halen, along with bassist Michael Anthony and vocalist David Lee Roth.

“Between 1975 and 1978, Van Halen performed 14 concerts at the Pasadena Civic Center Auditorium and Conference Center. Regarded as one of the most successful bands of all time, Van Halen will forever be remembered for reinventing Rock ‘n’ Roll and their connection to Pasadena.”

It was signed, “This plaque was donated by Pasadena 4 Van Halen.”