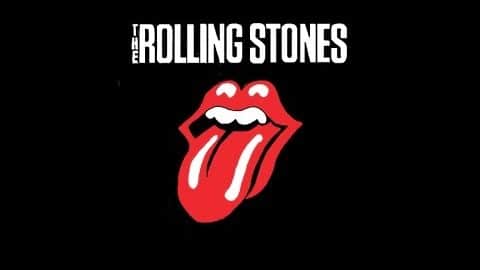 It is undeniable that the Rolling Stones‘ logo is one of the most iconic symbols to ever be created. Just like any other logos, the famous tongue and lips emblem began with just a simple and small drawing. Now, five decades since it was created and almost everyone in the world already knows what the logo symbolizes.

It all started in 1970 when the Stones were looking for a poster design for their upcoming European tour. The search led them to the Royal College of Art in London, where student John Pasche was studying. Pasche was recommended by his professor and was sent a letter from the Stone’s London office asking him to make it. Pasche thought to himself why he was chosen to do the project then he realized,

“This particular tutor who took the call thought my work was most suitable, as I was doing a lot of pop art, so my images were quite bright.”

“When I saw that pointed tongue, it just clicked! You know the way kids stick out their tongues if they want to be nasty? It’s a way of being anti-authority and rebellious.”

Pasche said. He later told the Victoria & Albert Museum in London that his main goal was “to represent the band’s anti-authoritarian attitude, Mick’s mouth and obvious sexual connotations,” and an image that would “easily reproduced and in a style which I thought could stand the test of time”.

And he successfully did! Now people recognize the logo not just in Stone’s 1971 album Sticky Fingers, but in almost every merchandise that represents rock and roll.