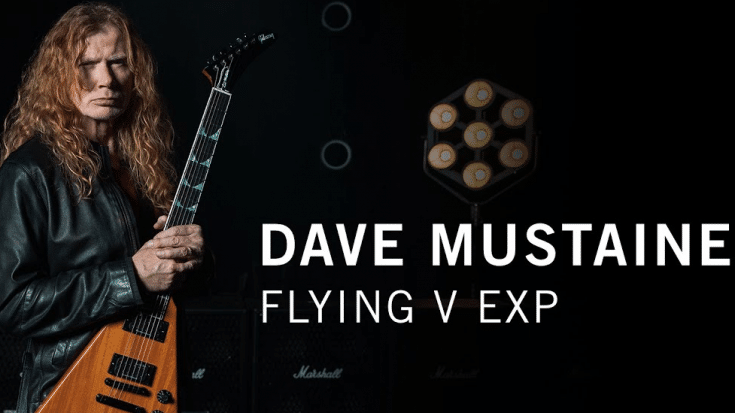 Megadeth’s Dave Mustaine released his first Gibson signature guitar called the ‘The Dave Mustaine Gibson Flying V EXP‘. And though, it was made available only by calling the Gibson Garage directly and placing an order, the Flying V model was already sold out. It only had a limited run, but for those who didn’t get to grab one shouldn’t be sad because there will be a larger run next year on February.

The Flying V shape looks more than familiar for those who are a fan of the 1980s thrash metal trend. The guitar comes in antique natural and silver metallic finishes. It looks classy with a silky smooth finish, but will produce an aggressive sound. It was described as “Dave Mustaine is the legendary guitarist, vocalist, songwriter and founder of the multi-platinum-selling and Grammy Award-winning band Megadeth. His new Gibson Dave Mustaine Flying V EXP Artist model delivers the powerful, heavy sound and exceptional playing performance that he demands.”

It comes with a hardshell case as well. There will also be three other upcoming signature models: a green Rust in Peace edition Flying V, the Mustaine Flying V Vanguard and the Mustaine CF-100 acoustic. So watch out for that!

Visit Gibson’s official website to know more about the guitar.