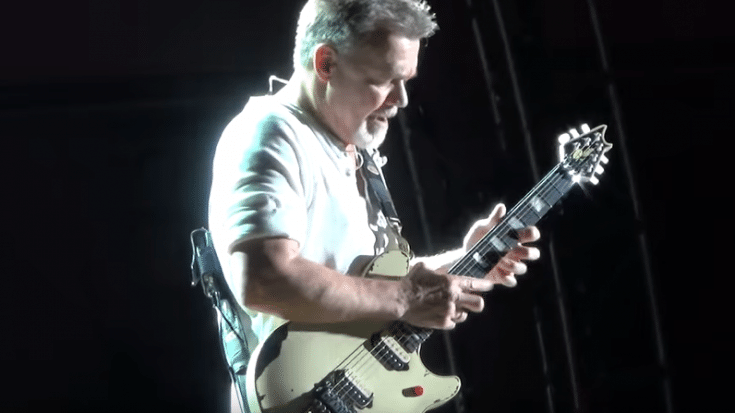 Ever wonder how a song would sound like when it’s played live and it never was? Well, Van Halen almost sang all of their songs from their groundbreaking 1978 self-titled debut all the way up to their twelfth and final studio album  A Different Kind of Truth. But there are few songs that the band didn’t play live at least once. Here is the list according to Setlist.fm:

1. “Could This Be Magic?”
From: Women and Children First (1980)
This is an acoustic song from the band. According to them, Dave accompanied Eddie playing the acoustic rhythm guitar. They recorded it in one take only without bothering to re-tune the guitar. While Roth, who Eddie once said, ‘plays guitar somewhat’, accompanies him on acoustic guitar. This could’ve been a serenading moment for the fans when played on a concert.

2. “Push Comes to Shove”
From: Fair Warning (1981)
This is a different sound for the band. Eddie Van Halen himself wasn’t a fan of this song. He described it as “Roth’s idea of trying to cash in on the reggae thing” in a 1996 Guitar World interview. But wouldn’t it be fun to hear them play it live?

3. “One Foot Out the Door”
From: Fair Warning (1981)
A fast tempo track that is only two minutes, but showcased the wicked synth line and the mind-blowing guitar solo by Eddie.

4. “Top Jimmy”
From: 1984 (1984)
The band said this song was inspired by a real person and his rags-to-riches story. Dave composed it and Eddie added some snaky opening guitar lines that would’ve been nice to see on a show.

5. “Inside”
From: 5150 (1986)
You’re not the only one hearing voices on this track and you’re definitely not going crazy. The only question is who exactly are the voices talking about? The band members can be heard with the vocals that just says whatever topic comes to their minds. Can you imagine hearing this live?

6. “Feels So Good”
From: OU812 (1988)
Hagar gave all his best with his vocals on this track. It was so powerful and must’ve been amazing when sang live.

7. “Baluchitherium”
From: Balance (1995)
“We were actually working on lyrics and we ended up going, ‘Fuck it, it sounds pretty good without vocals,’ so we left it,” Eddie Van Halen told Guitar World in 1995. And surely, it is good as it is.

8. “As Is”
From: A Different Kind of Truth (2012)
You’re a hardcore fan if you recognize Eddie’s rockabilly-like riff on this one, which was taken from “Two Burritos and a Root Beer Float” when he did a cameo on Charlie Sheen’s Two and a Half Men in 2009.

10. “You and Your Blues”
From: A Different Kind of Truth (2012)
This could’ve been the song that would showcase the vocals of former member Michael Anthony, who played bass and backup vocals.