The Most Psychedelic Beatles Songs Ever 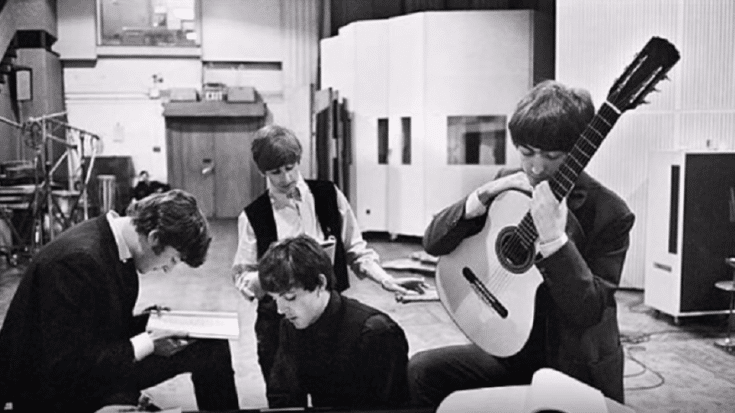 Ready For A Musical Trip?

Anyone who has been with The Beatles from the moment they dropped their debut album to the time they broke up has witnessed their evolution – the changes not just in their appearance (and hairstyle!) but more importantly, their sound and music. After being introduced to marijuana by Bob Dylan, it was no secret that they did more than just dabble with the drug. It wasn’t long before they were dropping acid.

Interestingly though, their LSD-fueled recording sessions resulted in an epic masterpiece of sorts – classic hits that would transcend time and generation. Let’s take a look back at some of their most psychedelic songs.

It’s haunting and not just because of George Harrison’s backwards guitar part. He worked on it for hours, by the way. Like most of the songs on Revolver, this was proof that The Fab Four were fully embracing psychedelic music. There were plenty of speculations about what the song meant but John Lennon admitted it is just what the title says – about sleeping. After interviewing him in 1966, journalist Maureen Cleave wrote: “He can sleep almost indefinitely, is probably the laziest person in England. ‘Physically lazy,’ he said. ‘I don’t mind writing or reading or watching or speaking, but sex is the only physical thing I can be bothered with any more’.”

There’s a drug reference in the lyrics but clearly, they were at their creative peak when they worked on this. It’s one of the highlights of their monolithic record Sgt. Pepper’s Lonely Hearts Club Band which was deemed groundbreaking and innovative after its release. Decades later, this remains as one of their most popular tunes.

Inspired mainly by Lennon’s conversation with actor Peter Fonda about an LSD trip, Lennon called this “an ‘acidy’ song” and for good reason. The imagery is spot-on. Speaking to Playboy magazine, Lennon said: “It’s an interesting track. The guitars are great on it. That was written after an acid trip in LA during a break in The Beatles’ tour where we were having fun with The Byrds and lots of girls. Some from Playboy, I believe. Peter Fonda came in when we were on acid and he kept coming up to me and sitting next to me and whispering, ‘I know what it’s like to be dead.'”

Harrison wrote this while he was under the influence of LSD. He admitted that in an interview: “It’s All Too Much was written in a childlike manner from realizations that appeared during and after some LSD experiences and which were later confirmed in meditation.”

It’s the only song on Sgt. Pepper that Harrison wrote. The lyrics touch various subjects like the counterculture of the ’60s and of course, LSD. At this time, Harrison found his inspiration after spending some time in India and learning their music. Even Lennon admitted that this was one of Harrison’s best songs.

It may not be the ultimate psychedelic song but it’s still absolutely impeccable. Also, it showcased their brilliance which is why we can’t help but wonder why it’s underrated. George Harrison wrote it out of frustration over their publishing company, Northern Songs. According to Harrison, “Only A Northern Song was a joke relating to Liverpool, the Holy City in the North of England. In addition, the song was copyrighted Northern Songs Ltd, which I don’t own, so: ‘It doesn’t really matter what chords I play… as it’s only a Northern Song’.”

It’s an acid trip for your ears. From the vocals to the lyrics and pretty much everything else – it’s one of the first songs we think about when we want to listen to something trippy. It’s a Lennon masterpiece. In his own words, he described it perfectly – “Strawberry Fields was psychoanalysis set to music.”

Whether the title’s intentionally spelled as LSD or Lennon’s telling the truth that it’s about his son Julian’s drawing from school or if he was inspired by Lewis Carroll’s Alice in Wonderland, all we know for sure is that it melts your brain. That guitar part alone takes you on a psychedelic journey. Paul McCartney later talked about the controversial song: “I showed up at John’s house and he had a drawing Julian had done at school with the title ‘Lucy In The Sky With Diamonds’ above it. Then we went up to his music room and wrote the song, swapping psychedelic suggestions as we went. I remember coming up with ‘cellophane flowers’ and ‘newspaper taxis’ and John answered with things like ‘kaleidoscope eyes’ and ‘looking glass ties’. We never noticed the LSD initial until it was pointed out later – by which point people didn’t believe us.”

The title alone tells you it’s not one of their more serious work. It’s ridiculous and doesn’t make any sense – much like every psychedelic experience. It’s intense and at times, overwhelming. It also gives you a glimpse into what’s going on inside Lennon’s head when he wrote this. He revealed: “The first line was written on one acid trip one weekend, the second line on another acid trip the next weekend, and it was filled in after I met Yoko.”

Some songs take you to places, this one straight-up messes with your head. With all the psychedelic elements present, this is the trippiest Beatles track ever. After all, Lennon drew inspiration from his own personal experience of using LSD and he also used Timothy Leary’s The Psychedelic Experience: A Manual Based on the Tibetan Book of the Dead as a reference. Everything about it is unconventional and mostly unheard of. It’s an acid trip all by itself.