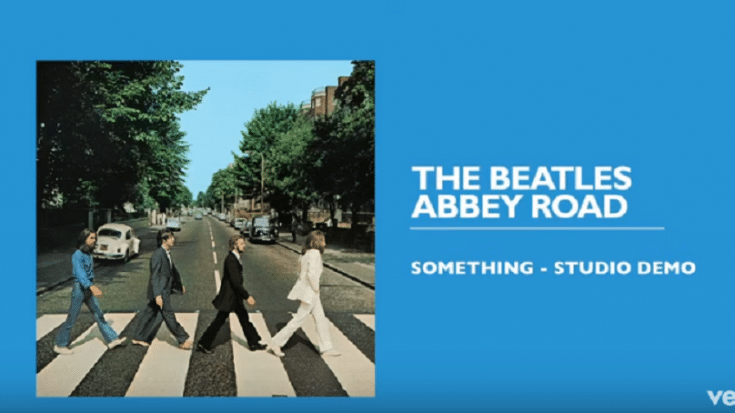 As part of the upcoming 50th anniversary of The Beatles’ masterpiece Abbey Road, the band’s official YouTube page just released a studio demo version of the 1969 classic Something. It’s one of the highlights of the album. Written by George Harrison, this was a pivotal moment for him as a songwriter because with this track, he managed to step out of the shadow of the Lennon-McCartney partnership which basically comprised most of the songs in The Beatles catalogue.

Interestingly, he actually offered this first to Joe Cocker.

“I had written Something on the piano during the recording of the White Album. There was a period during that album when we were all in different studios doing different things trying to get it finished, and I used to take some time out. So I went into an empty studio and wrote Something.” – George Harrison

It’s one of Harrison’s finest moments as a musician. And more than the songwriting, he truly shined as a guitar player because his playing is simply impeccable and masterful. And this demo has a certain rawness to it that we absolutely love. The rasp in Harrison’s voice is flat-out beautiful. We can’t listen to it just once.

Check it out below…