The Rock Bands That Went Disco 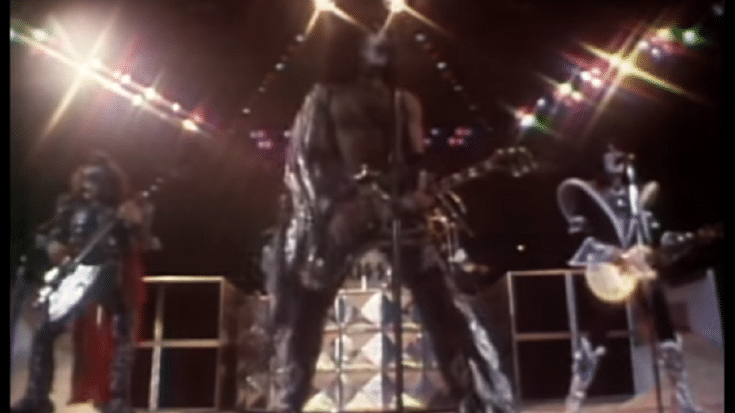 Disco is the bane of every rock ‘n roll purist’s existence. But let’s be honest for a minute here, it’s not all that bad. But you can’t blame the traditionalists though. After all, how can an entire band be replaced by one DJ? It was everything rockers hated. Nevertheless, no one could escape its power. It was a phenomenon that shook the earth to its core.

And perhaps it’s inevitable that rockstars at the time just had to go with the flow. If you can’t beat ’em, join ’em, right? So here are five bands who went disco but still killed it.

This is proof that Queen can do no wrong. They basically did everything – from hard rock to opera. So it comes as no surprise that they also tried dipping their toes in disco. For their 1982 album Hot Space, they incorporated elements of disco and funk into their songs most notably in Back Chat. Brian May wasn’t exactly pleased with their musical direction but John Deacon wouldn’t budge. It wasn’t as successful as their other albums because some fans still preferred Queen doing rock music.

A lot of fans accused the band of selling out when they released Dynasty. And maybe it’s true. “I Was Made for Lovin’ You” was an attempt to jump on the bandwagon and also because Paul Stanley wanted to prove how easy it was to make a disco hit song. And yes, it was a massive success for the band. It sold over a million copies and became their second Gold single. According to Desmond Child, who co-wrote the track, “Paul wanted to write a good disco song and I decided to help him with that. Paul started to write lyrics and chords then I played the song on the guitar and said ‘OK, we’ll do something to improve this and make it really a good song.'”

There have been countless debates over the years as to whether Run Like Hell and Another Brick in the Wall (Part 2) can be considered disco. Here’s the thing. It’s not a full-on party track but you can hear elements of disco in there. David Gilmour revealed, “[Ezrin] said to me, “Go to a couple of clubs and listen to what’s happening with disco music,” so I forced myself out and listened to loud, four-to-the-bar bass drums and stuff and thought, Gawd, awful! Then we went back and tried to turn one of the [song’s] parts into one of those so it would be catchy.”

2. Paul McCartney and the Wings

Even this former Beatle cannot resist the allure of disco. Unlike KISS, however, this one’s tastefully done. Then again, it’s Paul McCartney – the guy responsible for several Beatles classic hits. Initially, he was on the fence about putting it out because it wasn’t what people we’re used to hearing from him. Still, it was a commercial success and it peaked at #5 on the US Billboard Hot 100. He told Rolling Stone: “We decided, ‘No, it isn’t all right; we won’t put it out.’ So we scrapped the whole thing. And about a week later, I played the record again. I thought, ‘That’s crazy, we’ve made it; it’s stupid, why not put it out! Just because people are going to pan it.’ I liked it, and other people had taken it home and played it to people at parties. So we decided to do it.”

They too caught the disco fever. And it’s probably a bit ironic that an iconic rock ‘n roll band made one of the most popular and enduring disco hits. While both Mick Jagger and Ronnie Wood claimed that they didn’t intentionally make it a disco song, Keith Richards said that it “was a damn good disco record; it was calculated to be one.” It’s not purely disco especially with the guitars. The song topped the US Billboard Hot 100 and while some ardent Stones fans didn’t care much for it, they still didn’t accuse the band of selling out.