The Best Rock Bass Players In The ’70s 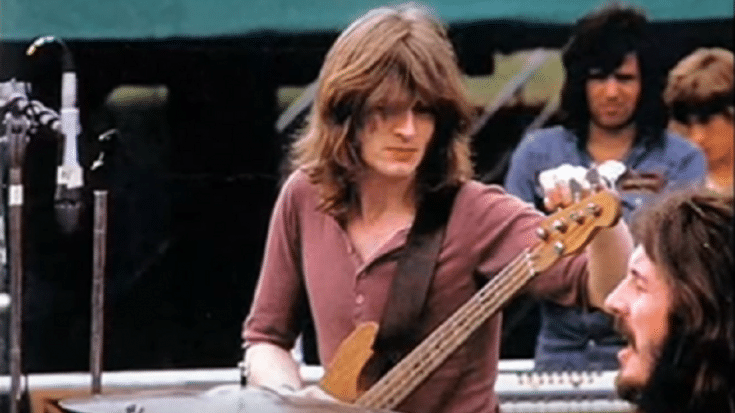 They Know How To Blow Us Away!

The 1970s spawned some of the greatest rock musicians the world has ever known. And now, bass players will take center stage since more often than not, they’re the most underappreciated member of every band. And yet, without them, a song could easily crumble. They may not be as flashy as the guitarist or frontman, but they’re equally important in helping create their sound.

Here are 10 bassists who absolutely deserve credit and recognition.

He’s mostly known for his work with Deep Purple and Rainbow although he has played for other bands as well. When asked about his choice to use a pick, he shared:

“When I pick up a bass and just mess around, I usually play with my fingers, but I’ve always played better with a pick. In terms of the high-speed accuracy, feel and attack needed to play Deep Purple’s music, I get more volume and power when I play with a pick. I’d never properly be able to play “Highway Star” with my fingers.”

John Deacon doesn’t get enough appreciation simply because Freddie Mercury and Brian May always stole the spotlight. From his memorable basslines to his killer bass playing, we can’t imagine any Queen song without his work.

He played bass on some of the most unforgettable tunes from the Eagles and his musicality is flat-out amazing. His basslines aren’t overly complicated and perhaps that’s where the beauty lies – in its sheer simplicity.

We cannot talk about ’70s bass players without tipping our hats to one of the giants in the field. With a career spanning more than fifty years, today’s heavy metal bassists owe him so much.

His musicianship is next level. In the supergroup Cream, he’s always the one that’s criminally underrated. He was never flashy but his lines were emotive and melodic.

He was a pioneer and an influential figure in progressive rock. His mastery of the bass guitar made him a god even among his peers. In one interview, he said:

“Obviously we were trying to be more advanced, more sophisticated, push the music ahead a little more – like a lot of other groups were doing at the time. But at the same time, I was just doing what felt natural and right for the song. It wasn’t just about showing off; it was about making (the songs) better.”

Macca can go from subtle to punchy. He has several iconic basslines which stood out easily – they’re creative and melodic.

Anyone who worships the bass knows Geddy Lee is a real master. From simple to highly technical, his talent is no joke. Besides, not only does he play the bass guitar, he also sings and plays the keyboards. How many can do these three duties and do it impeccably at that?

With every live performance, JPJ puts on a masterclass in bass playing. He’s pretty much a deity even to bassists from different genres.

1. John Entwistle (The Who)

He’s a force of nature, a monster player. He knew what kind of sound he wanted and how to take the song to the next level. He once revealed:

“I just wanted to be louder than anyone else. I really got irritated when people could turn up their guitar amps and play louder than me.”