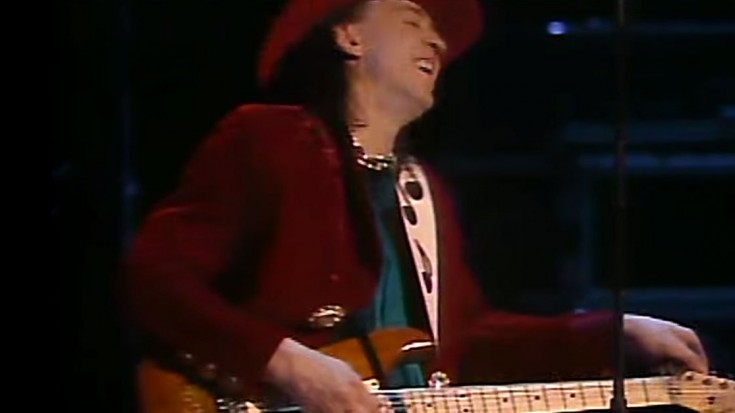 “Lenny” is a lot like falling in love for the first time; it’s warm, free, passionate, and evolves into something you never expected but who cares? It’s still wonderful. What began as a love song for his wife Lenora (and the name of the guitar she gifted him), Stevie Ray Vaughan’s instrumental ‘Lenny’ has become one of the most famous songs in his catalog.

Featured on Texas Flood (1983) and recorded on his Fender Stratocaster also named Lenny, “Lenny” is played in 4/4 time and while notated in the key of E Major, it’s tuned down a half step.

Stevie retains his usual passion and frenetic energy while playing, yet the song moves freely and slowly; almost as if he’s got so much love for his wife that he just can’t express it all as quickly as he’d like but he’s okay with spending the rest of his life trying to let her know the depth of his feelings.

The album Texas Flood was a success, despite a rather rushed two day recording session – it peaked at #38 on the Billboard 200 chart after its release and went double platinum in the United States with over 500,000 units sold.

I can only imagine the energy in that tiny, packed Toronto club!