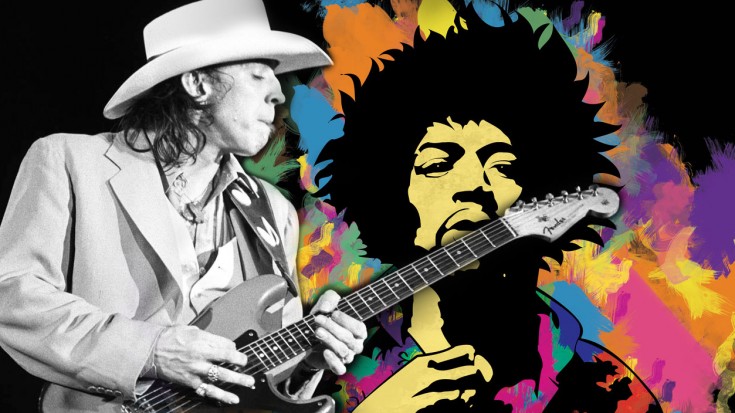 There’s nothing quite like seeing a legend pay homage to another legend!

Stevie Ray Vaughan was a musical powerhouse, taking on the Jimi Hendrix classic “Voodoo Child (Slight Return)” and putting his own bluesy, gritty spin on it while still showing respect to the man who influenced his career.

Watching Stevie perform the cover live as seen in this video with his sheer technical skill and musical prowess are enough to inspire you to pick up a guitar for the first time…and then put it right back down (as I did!)!

“Voodoo Child (Slight Return)” was written and recorded by Jimi Hendrix in 1968 and featured on Electric Ladyland as a predominantly instrumental piece.

This killer live rendition is an instrumental piece, featuring a range of improvised solos with the song ranging anywhere from 8 to 10 minutes or longer in length.

If there was ever a guitarist alive that could match Jimi Hendrix note for note, it was Stevie!