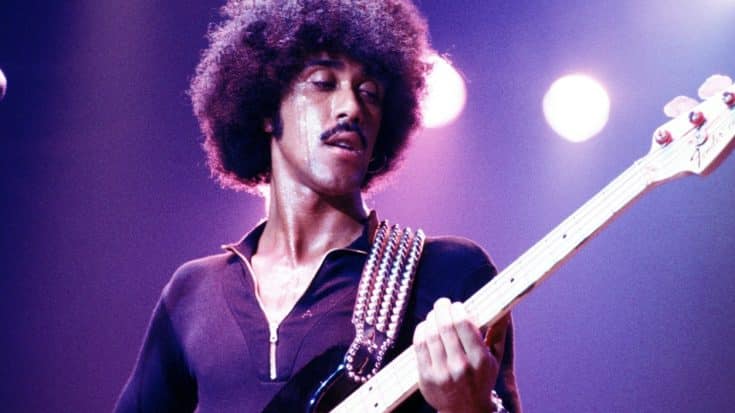 ‘Phil Lynott: Songs for While I’m Away’

Though singer/songwriter and Thin Lizzy founder Phil Lynott was and is one of the most underrated musicians to ever walk the face of the earth, with that he was also one of the best. Phil had a style and charisma that was often imitated, yet never duplicated. He was a legend; pure and simple.

Unfortunately though, over the years he had not been given the proper amount of credit he deserves for the timeless music he’s written and iconic concerts he’s put on. However, that’s all about to change and it’ll be done with the help of several fellow rock legends. Here’s how…

Acclaimed director Emer Reynolds announced that she will be directing a Phil Lynott centered documentary titled ‘Phil Lynott: Songs for While I’m Away’ which will focus on the life, journey, and music of Phil Lynott. What’s even more is that the documentary will feature a slew of other rock legends such as James Hetfield of Metallica, Adam Clayton of U2, Thin Lizzy members Scott Gorham, Eric Bell, Darren Wharton and Midge Ure, Suzi Quatro, and Huey Lewis among many others who will all contribute to the film by telling stories of Phil.

As of right now the film has no set release date nor do we even know if the film’s production is underway, however that is all likely to be announced very soon.

If you ask me, this type of documentary is completely long overdue, but we couldn’t be any happier that it’s finally happening. It’s good to see that Phil will finally be shown in the light that he was always meant to be seen in. It just goes without saying that Phil is one of the most respected and influential musicians of all time and it’s about damn time he got recognized for it.