Listening To AC/DC Can Help You Fight Cancer, Study Says – But Not For The Reason You’re Thinking 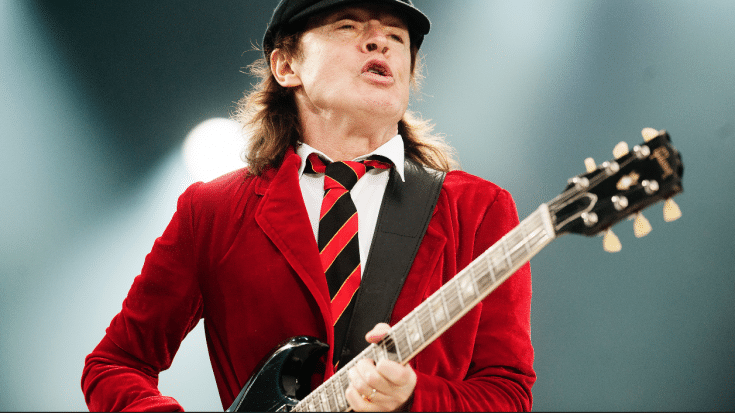 Rock music isn’t just capable of keeping morale up in cancer patients – it can help fight cancer, too.

A 2016 study performed by researchers at the University of South Australia found that blasting rock music during chemotherapy treatments has been effective at “maximizing the efficiency of cancer drug delivery” – meaning, it helps get the drugs exactly where they need to go so that you stand a better chance of beating cancer or, at the very least, fighting your way into remission.

Here’s how it works, according to South Australian publication The Lead.

The vibrations caused by the music “cause silicon micro particles carrying the chemotherapy drug camptothecin to bounce.” This allows the drug to give the cancerous cell a much more even coating and creates “a plasma polymer overlay that prevents the drug from escaping the cell.”

Speaking with The Lead, Dr. Nico Voelcker of the University of South Australia broke down the science behind this hard rocking phenomenon:

He continued, “That is where we came up with the idea of using a loud speaker that we would play into the system. We would turn that loudspeaker to a song that it would vibrate and the particles would bounce up and down. The chaotic frequencies worked well and gave you a more homogenous coating.”

For the study, Voelcker and his colleagues chose to use AC/DC’s “Thunderstruck” – but not for the reason you’re thinking.

The 1990 rock classic “significantly improved the time it took” for the plasma polymer overlay to cover cancerous cells, and punishing rhythm aside, “Thunderstruck” as a title actually had a connection to the experiment; because plasma is an ionized gas, Voelcker says that the team “used a cold plasma, but an example of a hot plasma would be the rays of thunder. We ended up using “Thunderstruck” because we liked how it linked thunder and plasma gas.”

You can find “Thunderstruck,” the paper written by Voelker and his colleagues about their work, in the American Chemistry Society, who published it in 2016.

Now that Dr. Voelcker and his team know that rock music can help improve delivery and efficiency in cancer drugs, the next logical step is to try it in other medications for other ailments. The plan is to eventually move towards different types of drugs – anti-inflammatory or antibiotic. “It was just one model application for us,” says Dr. Voelcker. “We have done some work with cells and now we will move on to the next stage of research.”

Rock and roll just might save the day, after all.