Paul McCartney Is Absolutely Enchanting In This Live Acoustic Medley! 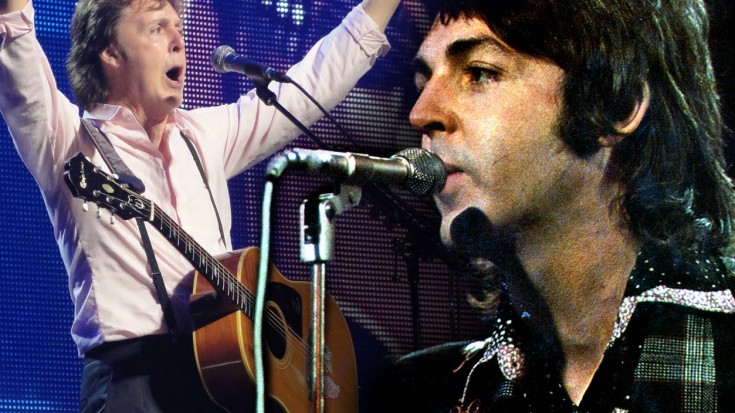 Featured on the 1973 television special James Paul McCartney, this acoustic medley by Paul McCartney is absolutely enchanting! He’s orbited by Linda, snapping away at her camera as Paul softly runs through a medley comprised of ‘Blackbird’, ‘Bluebird’, ‘Michelle’, and ‘Heart Of The Country’.

It’s incredibly relaxed and laid back – despite this being a live television special, the combination of Linda’s gentle orbit and Paul’s quiet strumming and singing make for an incredibly intimate performance.

While this show featured Paul’s band Wings, he was also kind enough to throw in some old Beatles tunes for the Beatlemaniacs still smarting over the band’s demise 3 years earlier. If you listen closely, you can even hear Linda chiming in with the harmonies to each song that Paul sings, turning this quiet acoustic medley into an acoustic duet!