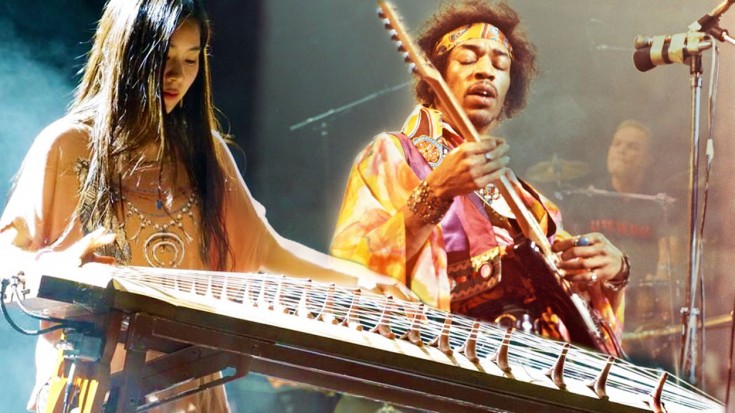 This Gayageum Cover Is Unbelievable!

This is a first – I’ve heard Jimi Hendrix’s ‘Voodoo Chile’ covered literally 1,001 ways but I have never heard it done on a gayageum! Korean singer-songwriter Luna changed the game when she translated this blues-infused classic to her gayageum, a traditional Korean stringed instrument and honestly…I think I’m a little in love with it! It’s such a refreshing take on an old classic like ‘Voodoo Chile’ and quite frankly, I think Jimi would have loved her take on it!

What Is A Gayageum And Why Does It Make That Sound?

It’s no easy task covering this real life guitar hero, but the fact that Luna not only did it but mastered it on a completely different instrument is a major feat!