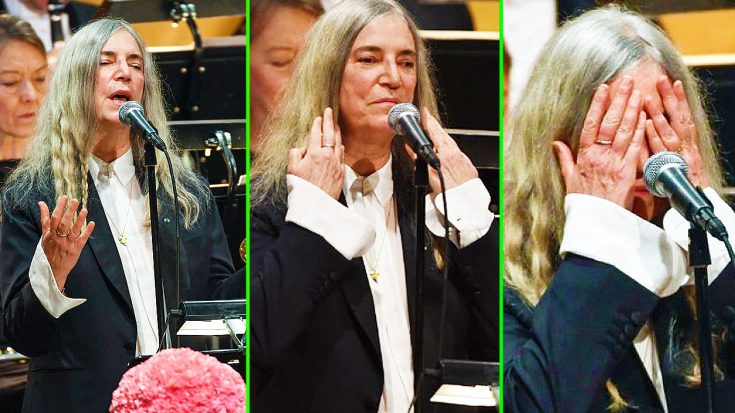 She gave it a great shot!

This past weekend, Bob Dylan was awarded the Nobel Prize for Literature. It was an amazing occasion that solidified his importance in music history, and truly honored his songwriting ability. Unfortunately, Bob was unavailable to attend the event as he already had a prior engagement. But fortunately, he wrote a speech that he mailed in, and found a great replacement to perform one of his songs.

Fellow rocker Patti Smith filled in for Dylan at the event this weekend, and covered Dylan’s classic “A Hard Rain’s A-Gonna Fall.” Smith did a great job, but struggled to hold herself together in the beginning. She actually asked if she could start the song over, because she messed up on a lyric. Other than that small gaffe, her performance was pretty amazing! She was an excellent replacement for Dylan!

Check out Patti’s amazing cover down below and show her some love! Congratulations to Bob Dylan, once again!