Nirvana Bust Out Dreamy, Acoustic Cover Of David Bowie’s “The Man Who Sold The World” 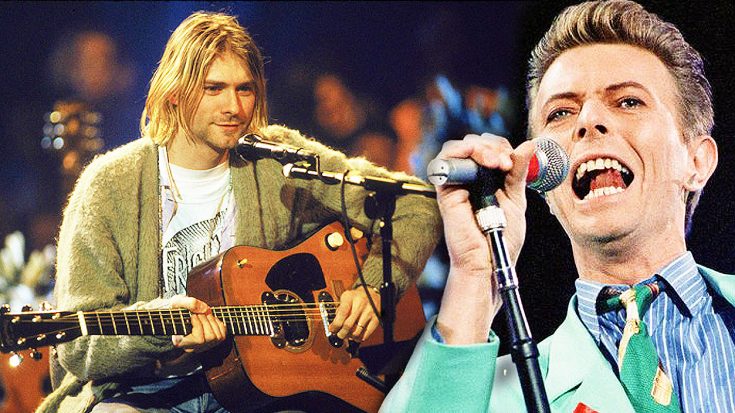 A classic performance of a classic

Nirvana’s MTV Unplugged in New York album will live on as one of the band’s most iconic moments. It showcased the versatility of the grunge rock trio, and showed how their songs can be completely altered from a loud and thrash feel, to soft ballads. In addition to slowing down and “unplugging” their original songs, Nirvana also stripped down David Bowie’s “The Man Who Sold The World,” and the result was absolutley beautiful. Kurt Cobain’s guitar is iconic on this track, and his soft and grungy voice matches up perfectly with the tone of the song.

Many people might consider this song to possibly be better than the original, but it’s completely a personal preference as both songs are legendary. Nirvana’s cover gained a lot of popularity in the US. So much so, that many people in the US who weren’t familiar with Bowie, thought that Nirvana was the original artist of the song. Bowie claimed that this was the case on many occasions, and actually praised Nirvana’s cover himself saying it was “heartfelt.”

“I was simply blown away when I found that Kurt Cobain liked my work, and have always wanted to talk to him about his reasons for covering ‘The Man Who Sold the World.’ It was a good straight forward rendition and sounded somehow very honest. It would have been nice to have worked with him, but just talking with him would have been real cool.”- Bowie said.

We hope that Bowie and Kurt are jamming up in heaven right now! Check out the phenomenal cover down below!