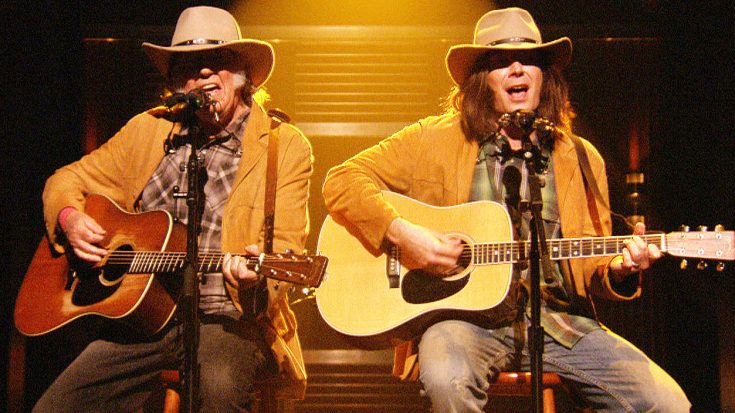 Jimmy Fallon is one of the most entertaining pop culture figures in the world today! He’s always playing jokes, games and having fun with his guests, and it’s turned his show into one of the most watched late-night talk shows in the US. Back in 2015, Fallon brought Neil Young onto the show, and the two pulled off a hilarious, yet surprisingly wonderful performance of Young’s hit “Old Man.”

Fun Fact: Young wrote this about the caretaker of the ranch he bought in 1970. The song compares a young man’s life to an old man’s and shows that the old man was once like this young man.

In the clip below, you’ll watch as Fallon dressed up like Young, and opened the song playing by himself. About midway through the song, Fallon is joined by Young himself, and the two perform a duet of the classic in perfect harmony! This isn’t the first time that Fallon impersonated Young. He also did a skit with Bruce Springsteen in which he dressed up like Young for a cover. We definitely think his impression of Neil is easily 10/10!

Check out the clip down below!