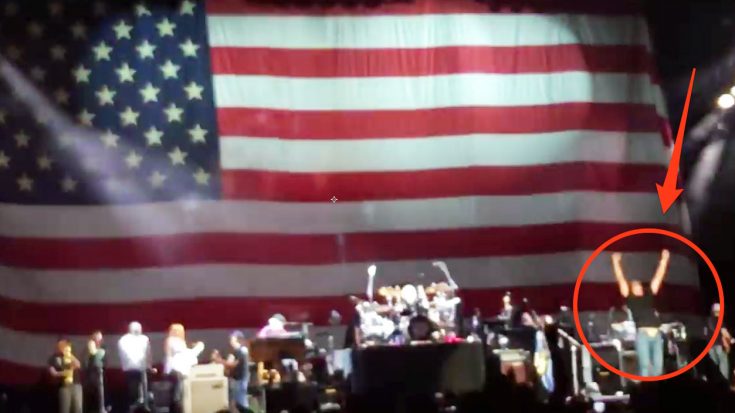 Kid Rock Has A Bold, Harsh Message For Kaepernick

49ers football player Colin Kaepernick’s refusal to stand during the singing of the ‘Star Spangled Banner’ has been making headlines. He’s been subject to public scrutiny for his ‘peaceful’ protest for the treatment of minorities in USA. However, Kid Rock wasn’t having any of it. He’s always had a deep sense of patriotism as evidenced by having an American flag at his concerts or regularly performing in front of American troops. And Kaepernick’s statement was perhaps the final straw:

“I am not going to stand up to show pride in a flag for a country that oppresses black people and people of color,” Kaepernick told NFL Media in an interview directly following his initial stance against the national anthem. “To me, this is bigger than football and it would be selfish on my part to look the other way. There are bodies in the street and people getting paid leave and getting away with murder.”

So on September 9 during Kid Rock’s performance and Fenway Park, while singing ‘Born Free’, he stopped mid-song to let Kaepernick know he’s sick of his crap. The simple message is full of explicit language, by the way.