Neil Young Apologized For The Delay Of His 1975 Album “Homegrown” 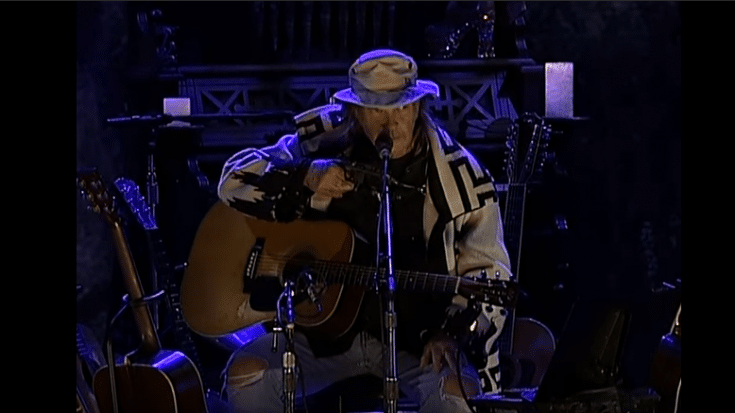 Neil Young posted on his Neil Young Archives website an apology for the delayed release of his 1975 LP “Homegrown.” He titled the post “The one that got away.” Back in November 2019, he confirmed that the legendary unreleased record will finally see the light of day this year. It was shelved at the last minute in 1975 to give way to “Tonight’s The Night.”

He wrote, “I apologize. This album Homegrown should have been there for you a couple of years after Harvest. It’s the sad side of a love affair. The damage done. The heartache. I just couldn’t listen to it. I wanted to move on. So I kept it to myself, hidden away in the vault, on the shelf, in the back of my mind … but I should have shared it. It’s actually beautiful. That’s why I made it in the first place. Sometimes life hurts. You know what I mean. Anyway, it’s coming your way in 2020, the first release from out archive in the new decade.”

He added, “Made in 1974 and early 1975 with Levon Helm drumming on some tracks, Karl T Himmel on others, Emmy Lou Harris singing on one, ‘Homegrown’ contains a narration, several acoustic solo songs never even published or heard until this release, and some songs played with a great band of my friends, including Ben Keith – steel and slide, Tim Drummond – bass and Stan Szelest – piano.”

He ended it with, “This album, in vinyl, displays the beauty, feeling and depth of music record in the analog domain, before digital. It’s the perfect example of why I can’t forget how good music used to sound.”

He didn’t mention the release date though so we’ll have to wait for more updates from him.