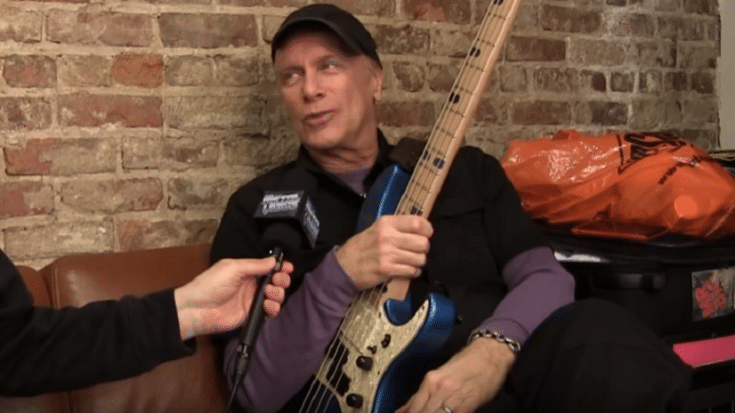 But He Has Played With Every Van Halen Member

Former David Lee Roth band bassist Billy Sheehan revealed that he received three invitations to join Van Halen on different occasions. Speaking to The Metal Voice, he said: “I was offered the position as bassist three times through the years, and I consider it a great honor. However, I am torn because I love Michael Anthony, and I think he is the best bass player for Van Halen. And as much as I would have love to do that, I want to see Michael in the band. I’m not sure why they asked me to join the band. Michael is an awesome player and singer and who knows what the situation was.”

Sheehan’s first national exposure was with his band Talas when they opened 30 shows for Van Halen in 1981. They didn’t achieve much success but it did put Sheehan on Van Halen’s radar, particularly David Lee Roth.

Sheehan added, “It was the tour after the ‘Women And Children First’ tour. I think it was ‘Fair Warning’. We talked about it then. And then I spoke with [singer] Dave [Lee Roth] about it also. I mostly spoke with [guitarist] Eddie [Van Halen], and I [talked to] Dave about it too, I remember, in Toronto, Canada. I came up to see them play from Buffalo. And then, at the end, [on the] ‘1984’ [tour], I remember Ed took me onstage to show me the stage setup, and we talked about it then. … The last time that it went down, I went up to Eddie’s studio when I lived in L.A. a few years back, and jammed with him and [drummer] Alex [Van Halen] for a while. And we thought about doing something then. But it didn’t happen.”