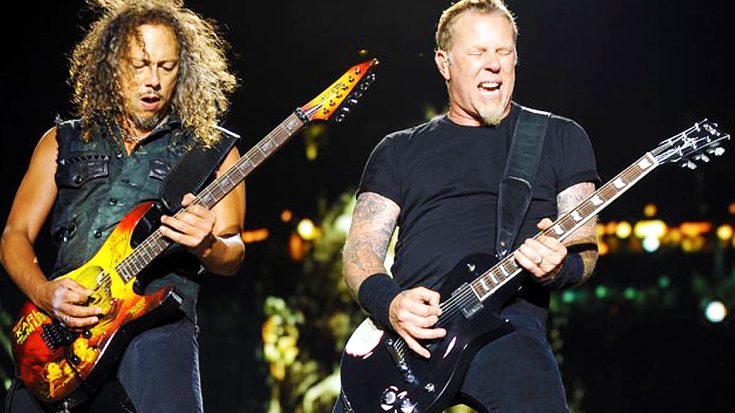 It’s been almost 2 weeks since Metallica’s Hardwired…to Self-Destruct has hit the shelves, and graced our ears. If you haven’t gotten a chance to listen to the record, we highly recommend you take the opportunity, because it’s pretty damn amazing!

The album sounds so natural and mixes all of the band’s previous styles together for one amazing LP! According to guitarist Kirk Hammett, having everything (especially the guitar solos) come “naturally” made the album so much better, but in a way took some of the thrill out of making it compared to previous records.

“In the past, when I would work on guitar solos and then show up at the studio and put what I worked out on the album, I’d have a pretty good idea of the worth of that solo. This time, all the playing is really just for the song. So it’s hard for me to really establish what worth any particular solo has in it, because I just came in and threw them down. And so because of that, it all seemed amazingly easy, and almost like I didn’t work for it.”– Hammett explained.

His point of view is understandable! Musicians love to challenge themselves, and if things are too easy, the end product might not feel very fulfilling. It’s not to say Kirk isn’t happy with the final product, because he is. But at the same time, if that challenge is absent, it could take a little bit of the joy and fun out of the process!

Either way, we’re happy with the final product, because they made one hell of a record!