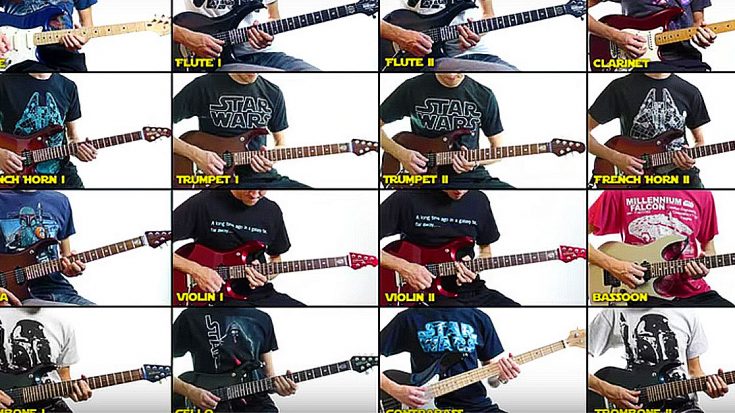 A Long Time Ago In A Galaxy Far, Far Away…

Star Wars and guitars? Sign us up! YouTuber Cooper Carter managed to combine the best of both worlds when this guitarist transformed into a one man guitar orchestra and tackled the entire Star Wars theme, using only guitars to mimic the sounds of traditional orchestra instruments. Yep, you read that right; one man played 31 orchestral parts using only a few guitars and a whole lot of imagination to recreate one of the most iconic film scores in cinematic history.

Originally composed by John Williams, Cooper gives the original a run for its money with an original composition that incorporates rock and classical music elements to create one seriously epic tribute to the greatest film saga of all time, and if you’re anything like us you’re bound to get a tremendous kick out of this young man’s work. Happy viewing!