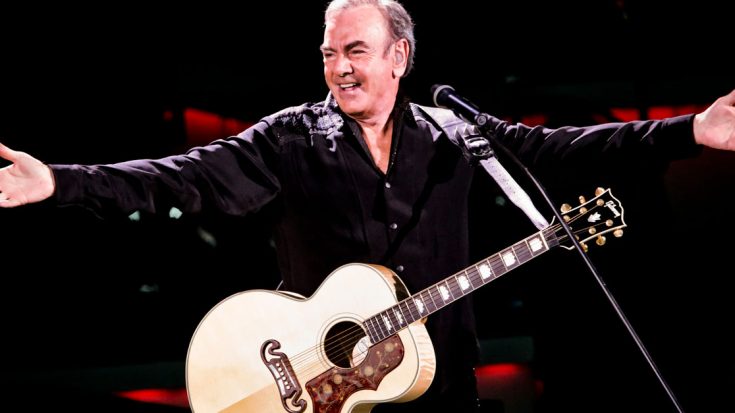 2017 is the year of the Diamond – err, Neil Diamond, that is! After devoting the last 50 years of his life to a musical career that’s given us classics like “Cracklin’ Rosie,” “Sweet Caroline” and “Cherry Cherry,” Neil Diamond is hitting the road in April 2017 for a massive 50th anniversary world tour in celebration of 5 decades on the stage and in the studio, and we’re incredibly excited!

One of the best selling artists of all time, the second most successful adult contemporary artist ever on the Billboard charts, and boasting a solid 120 million albums sold worldwide since he began his career in the early sixties as a songwriter, Diamond released his first single “Solitary Man” in 1966 and never looked back, earning songwriting credits for The Monkees’ 1967 smash hit “I’m A Believer” and taking on the world as a highly sought after solo artist.

Tickets for Neil Diamond’s 50th Anniversary World Tour go on sale December 9th, and the U.S. leg of the tour tour kicks off April 7th in Fresno, California. Don’t miss out on the celebration!