5 Years Ago, Joan Jett Crashed The Thanksgiving Parade And Tore The Damn Place Down 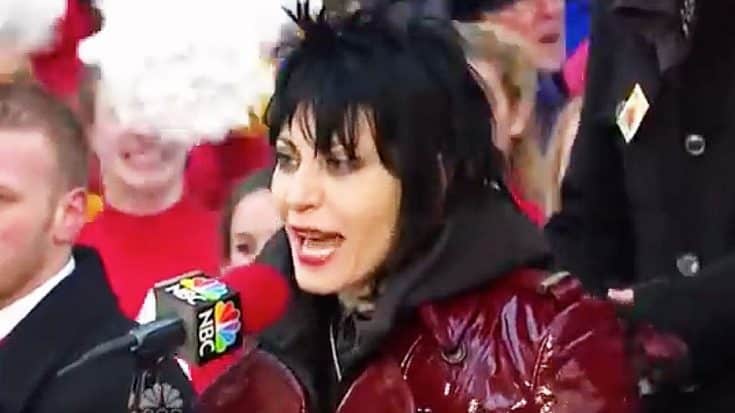 For as long as we can remember now, Joan Jett has been crushing the competition and putting on clinics on a regular basis in terms of rock music. Whether it’s her days as a guitarist for The Runaways or her days in her illustrious solo career, Joan Jett has consistently proven just how awesome she is.

Speaking of her solo career, ever since leaving The Runaways, Joan Jett has pursued an undoubtedly remarkable solo music career and has created some of the most timeless classics that we as classic rock fans all recognize and love. Not to mention how amazing her live performances are, which brings us to the video we have for you here.

What you’re about to watch is a video in which Joan Jett is performing at The Macy’s Thanksgiving Day Parade and proceeds to amaze everybody in attendance. This is the perfect way to celebrate Thanksgiving! Don’t believe me? See for yourself!