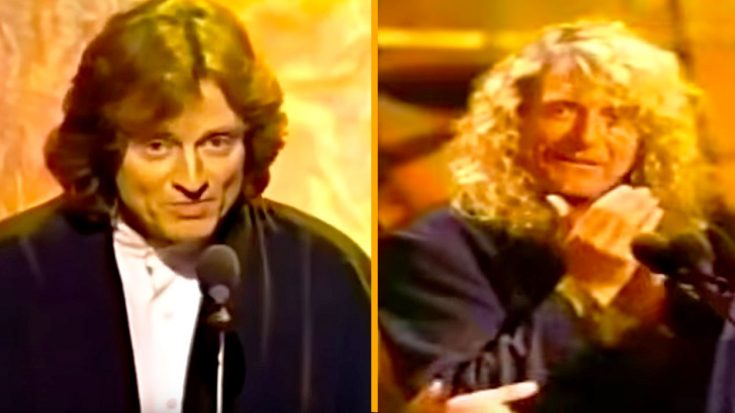 There’s Only One Word To Describe John Paul Jones: SAVAGE!

Now, there’s really not a whole lot that I would need to say to convince you that the legendary rock band known as Led Zeppelin is often considered one of the most influential rock bands that has ever taken to the stage, so I’ll just skip ahead to the subject at hand. In 1995, Led Zeppelin were finally given the prestigious honor of being inducted into The Rock & Roll Hall Of Fame. Now, to give you a SUPER brief history about what was going on with Led Zeppelin around that time-frame, basically, Led Zeppelin embarked on somewhat of a reunion, only they didn’t invite John Paul Jones to be a part of it. So that created a bunch of tension between Robert Plant, Jimmy Page, John Paul Jones. So, that being said…

What you’re about to watch is a clip in which John Paul Jones takes to the stage at the Rock & Roll Hall Of Fame induction ceremony and proceeds to give an acceptance speech that is maybe about 20 seconds long in which he “thanks” his fellow band mates. See for yourself!