Guns N’ Roses Tear Down The Walls With This Epic Pink Floyd Cover! 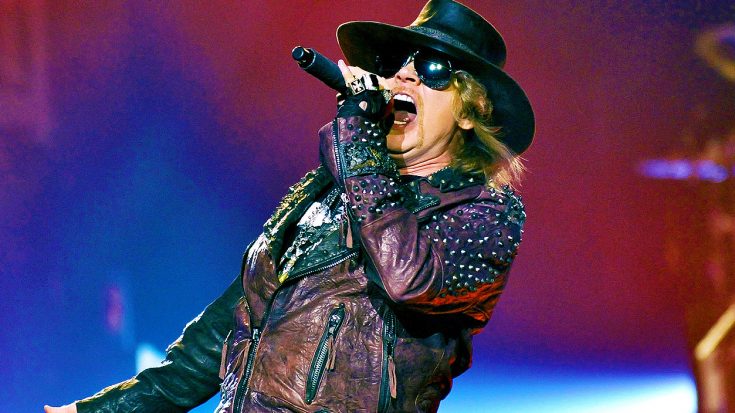 Another Rose In The Wall

They say, “What happens in Vegas stays, in Vegas.” Well, we’re glad this footage of Guns N’ Roses performing The Joint at Hard Rock Casino in Las Vegas, Nevada made it out alive! During this performance, Guns N’ Roses busted out a fantastic cover of Pink Floyd’s “Another Brick In The Wall.” The band slowly began to jam into the tune, with the bass and guitar creepily entering the iconic groove. After that, the guitars slowly begin to kick in, followed by Axl Rose’s gravely voice. To be honest, Axl pretty much makes this cover! His voice sounds incredible in this video, and solidifies his voice is incredibly iconic and fantastic!

Fun Fact:The chorus of “Another Brick In the Wall” came from a school in Islington, England, and was chosen because it was close to the studio. It was made up of 23 kids between the ages of 13 and 15. They were overdubbed 12 times, making it sound like there were many more kids.

This was from Guns N’ Roses’ 2014 residency at The Joint venue, so this was before the full reunion that took place this year. Therefore, unfortunately Slash is not in this video. But when they reunited this year for the Not In This Lifetime Tour, they covered Pink Floyd once again, and played “Wish You Were Here.”

Check out the awesome performance down below!