Girl Covers “No One Knows” By Queens Of The Stone Age 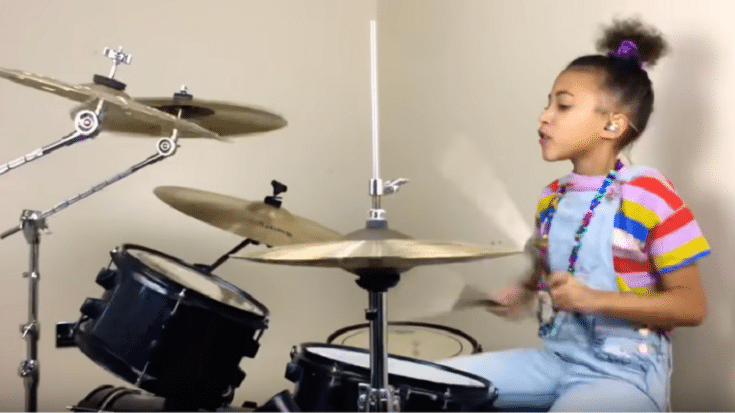 The Drumming Sensation Impressed The Band With Her Drum Cover

Even at nine years old, Nandi Bushell has already proven that she’s a force of nature behind the kit. This isn’t the first time she caught everyone’s attention online because she once took on Nirvana’s “In Bloom” late last year and blew all of us away. She even played the same song on Ellen. Interestingly, both drum parts were done by Dave Grohl.

And honestly, her passion for her craft showed through with her one-minute performance. It might only be a short clip but she got to show off her chops. Even Queens of the Stone Age shared her video on their Instagram page and they called it “Incredible!!!”

Bushell was born in Ipswich, England in 2011 and she started playing the drums at four years old. She once said to Ellen, “On Saturdays and Sundays, [my family and I] make pancakes, and I listen to the Beatles, and I saw the drum kit and Ringo Starr. He just inspired me to play the drums.”