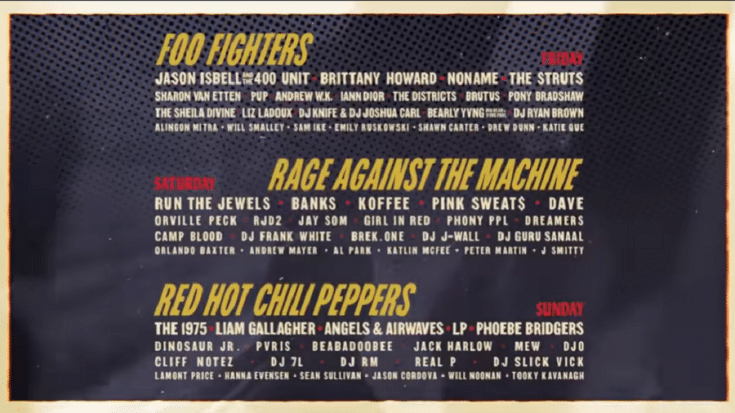 Rock fans are getting quite a treat with the 2020 Boston Calling as they feature Foo Fighters, Red Hot Chili Peppers (one of their first appearances with John Frusciante), and the newly reunited Rage Against the Machine as headliners. Taking place on May 22-24 at the Harvard Athletic Complex in Allston, Massachusetts, the lineup includes not just rock acts but also alternative and pop groups, comedians, and even DJs.

Tickets are now on sale.