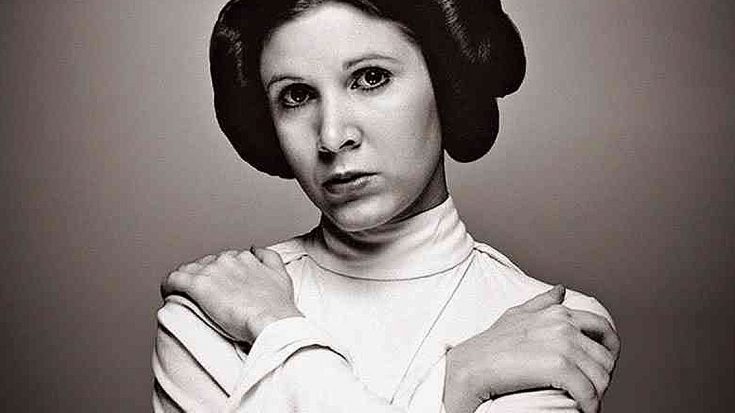 Film legend Carrie Fisher died yesterday at the age of 60 after suffering a heart attack while enroute from London to Los Angeles last Friday, sending shockwaves around the world as fans, friends, and admirers struggled to imagine a world without the deeply funny, fiercely talented actress in it. As her family mourns, tributes are rolling in by the thousands with the rock world leading the charge, taking to social media to remember the woman they called their princess for over 40 years and grieving the loss of one of the most brilliant talents the world had to offer.

Carrie Fisher is gone, but the impact she had on the lives of members of the rock and roll community and the world at large has never been more apparent – here’s a look inside the hearts of those who loved her:

The former Beatle enjoyed a lengthy friendship with Fisher after co-starring with her in his 1978 NBC TV movie, Ringo. When news of her death broke early yesterday, Starr took to Twitter to send his heartfelt condolences to Fisher’s family, and offered up a funny clip from Ringo as yet another reminder that she was far, far more than her role as Princess (err, General) Leia Organa.

While many others were celebrating Carrie’s career in film, Aerosmith bassist Tom Hamilton chose to highlight another part of her life: writing.

For KISS guitarist Paul Stanley, the impact left on the world by the talented Carrie Fisher is nothing compared to the impact she left on him.

Carrie Fisher RIP Her play, books&films brought joy to millions. She once told me something I never forgot. Thanks. https://t.co/hqbrzCzQCR

When an icon like Fisher passes, it’s not uncommon to struggle for the right words to describe your grief, shock, and immense sorrow. Megadeth frontman Dave Mustaine’s shock is apparent in his Twitter update, reacting to the tragedy in just 7 words:

Known for being a man of few words, Guns N’ Roses axeman Slash kept it simple:

We can’t believe it, first it was @GeorgeMichael and now @carrieffisher. Both gone way too soon!