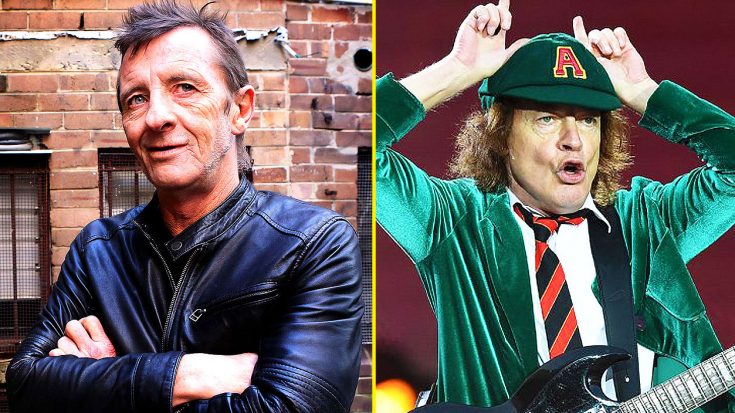 Since their comeback that started in late 2015, and stretched into the middle part of this year, many people have wondered how long AC/DC would last. Earlier this year, lead singer Brian Johnson was forced out of the band due to complications with his hearing, Phil Rudd was unable to join the band due to legal troubles, Malcolm Young had health issues and Cliff Williams decided to retire toward the end of the tour. This leaves guitarist Angus Young as the only remaining original member of AC/DC left.

So what is the band going to do? They could continue to tour with their makeshift lineup, but many people believe they should hang it up all together. While the later option may seem the best route in order to keep the legacy of the band in tact, Phil Rudd believes that Angus should keep the band alive and continue to tour! He feels that Angus has never played better, and should harness that into another tour!

“No, I don’t think that’s a good idea. Angus has never played better [than he did] on the Rock Or Bust album. He’s playing f–king great. What’s he gonna give it up for? That’s like f–king Napoleon not finding somewhere else to f–king conquer.”- Rudd stated.

It’s hard to say I agree with Rudd on this one. Personally, I think the band should just give it up. it’s tough for me to say that, but they should end on a high note, and not become one of those classic bands that are literally one member away from being a tribute band. Honor the legacy and call it a day. Angus can always feature on other bands records to display his very real talent, but he shouldn’t force something that should be ended.

But, no matter what I or Rudd suggest, it’s ultimately up to Angus!