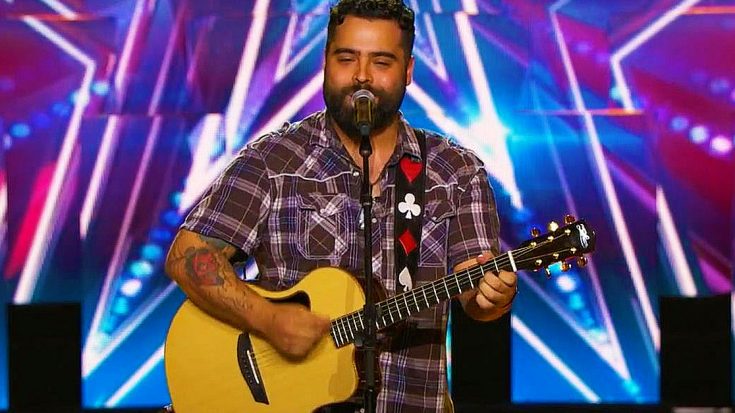 In 2004, United States Marine Sal Gonzalez was serving his country proudly in Iraq when an IED blast claimed the life of one of his brothers-in-arms and Sal’s own left leg. More than a decade on, Sal chooses to remember the sacrifices he and so many others have made in the name of freedom through his work with the Wounded Warrior Project, where he helps other wounded warriors when they return to the United States; when he’s not finding new ways to continue to serve the country he loves, however, you can find Sal with a guitar in his hands and a song in his heart, bringing healing to those around him through song.

In 2014, Sal took both his love for music and his desire to give back to hit reality tv show America’s Got Talent where before an audience and panel of judges, he served up an emotionally charged cover of Lynyrd Skynyrd’s “Simple Man” that didn’t leave a dry eye to be found. It’s a short clip, we’ll admit – but it’s definitely worth a watch as Sal calls forth his own life experience to craft a performance around lyrics that no doubt echo the advice his own parents gave him before he left home to fight for his country. Thank you for your service Sal, and thank you for your devotion to music!