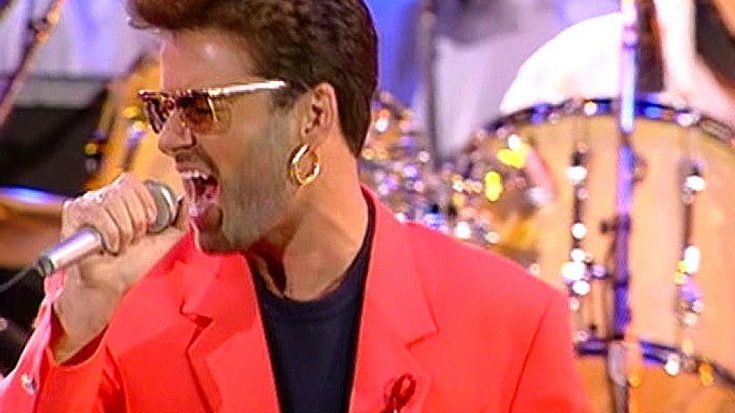 Freddie Mercury was about as larger than life as a rockstar could get, combining next level showmanship with a once in an eternity voice to craft pure magic for the fans that turned out in droves to see Queen perform. When he died in 1991, his family and friends were faced with the monumental task of figuring out a way to properly celebrate Freddie’s life and legacy in a way that honored both his love for performing and the tremendous influence had on those around him. The answer? The Freddie Mercury Tribute Concert, held six months after Freddie’s death and featuring the talents of late legend George Michael, who for a few brief moments stepped into Freddie’s impossibly large shoes as the lead singer of Queen for an emotionally charged performance of “Somebody To Love”.

He’d already crushed it in rehearsals that day, with David Bowie looking on in amazement at the magic occurring before his eyes, but when the time came for the curtain to go up and George to make his debut in front of thousands upon thousands of fans, he channeled that old Mercury magic for a dazzling performance that will live on as one of the finest of his career. In a year that’s claimed both David Bowie and George Michael, we can only hope that they’re all together again, patting George on the back for a job well done that night. Check it out in the video below!