Billy Joel Crashes Paul McCartney’s Join In On An Epic Duet of ‘Get Back,’ & It’s Too Perfect! 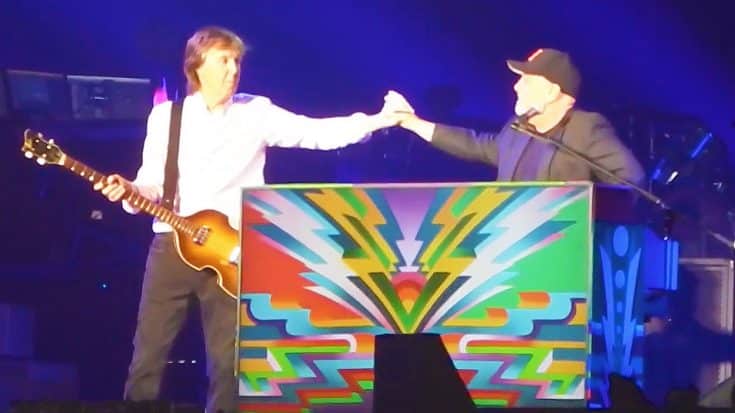 Paul McCartney has been entertaining crowds for over 50 years. Whether it was for the Beatles, or alone in his solo act, Paul knows how to work a crowd and treats every show like it’s own, giving 100% night in and night out.

During his concerts, Paul always brings up an amazing amount of talent during his shows, and his most recent performance at Nassau Coliseum in Long Island, New York. During his show, Paul invited New York, and Long Island legend Billy Joel onto the stage, and the two crushed a duet cover of the Beatles classics “Get Back” and “Birthday.” These two have shared the stage before, and it’s always a great time when they’re together! Their voices compliment each other perfectly, and their styles match up so well, their duets are just seamlessly amazing!