Gene Simmons Sounds Off On Donald Trump After The President’s Latest Actions…. 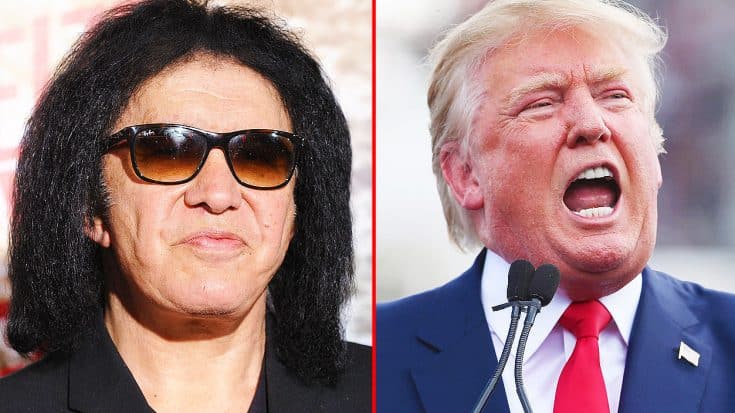 The last few days in America have been a complete fiasco. From the debates over the National Anthem, to the health care debates and even the crisis in Puerto Rico following Hurricane Maria. Everyone has formed opinions on each matter, and President Donald Trump is taking tons of heat for each matter.

For the most part, Gene Simmons, frontman of KISS, has remained quiet and neutral on Trump. He’s stayed quiet, but in a recent interview he finally opened up a little bit about his opinion, thought and take on the President so far. Gene said:

“Well, it’s too early [to judge]. You know, when you were a little baby and you kept falling on your face, I’m not going to judge you then. Do I think he said a lot of stupid things? Oh, yeah. But I know the man, by the way — we hung and all that stuff. What you see is what you get. He says stupid things, and so do you, and so [do] I. I’m not validating it, but, there’s not a human being that walks on the face of the planet that privately hasn’t made racist, or anti-Semitic, or anti-women jokes, or anti-Irish jokes. Privately, everybody does it. He is a Tourette’s president who will say whatever he wants and he doesn’t give a f–k if you approve of him and he’s doing the job for one dollar. I like that…..It’s your deeds, not what you say. You’ve said potty words and so have I. So I’m gonna give the guy who was duly elected a chance to show us what he can do and then I’ll judge his legacy.“- Gene said.

So there you have it. Gene is willing to give the President more time to prove himself. It’s fair that he wants to judge him as a whole, rather than from a sample of actions. Either way, we’re glad to see Gene is still remaining neutral and optimistic about the future.