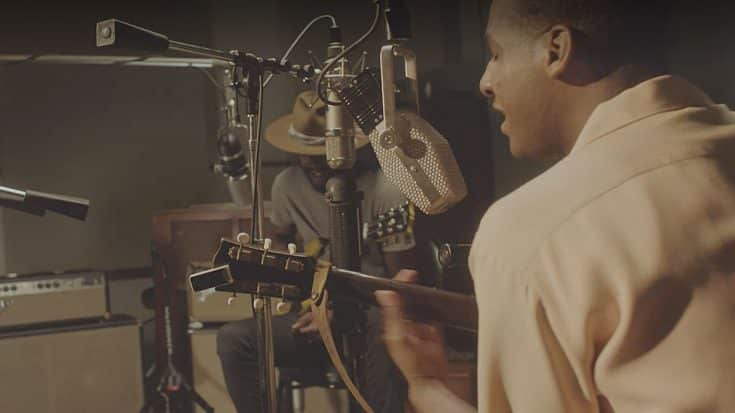 “Ohio” For A Brand New Generation

In 1970, singer-songwriter Neil Young rendered the world speechless when he penned the chilling counterculture anthem “Ohio”. Just 25 when the horrors of May 4, 1970 resulted in the shooting deaths of four Kent State University students at the hands of National Guardsmen, an outraged and grief stricken Young set to work on “Ohio,” a counterculture anthem for the ages and one of his finest pieces of work to date.

47 years later, the same song has been reimagined as a strikingly soulful jazz cover courtesy of a super trio comprised of Gary Clark Jr., Jon Batiste, and Leon Bridges for a Spotify playlist made in conjunction with documentary filmmaker Ken Burns’ The Vietnam War, and the result is a cover of “Ohio” that hits – and hard. Where the original version is harsh and angry, a sound that echoes the palpable rage felt by Young with every newspaper headline in the days and weeks after the shooting, the version crafted by Clark, Batiste, and Bridges serves as a haunting, heartbreaking reminder of what was lost that day and what still stands to be lost by future generations.

Under their guidance “Ohio” soars, propelled by the three part harmony highlighted by Batiste’s tender piano playing and Clark’s mournful slide guitar accents and for a moment, it’s hard to decide whether you’re angry, profoundly sad, or both. The one thing that can be agreed on, however, is that the chilling new voice given to this counterculture anthem is a damned good one – one that will make you want to listen over and over again.